KFC restaurant is now producing 3D bioprinted chicken nuggets, in a bid to reduce its carbon footprint and adapt to the post-COVID world. 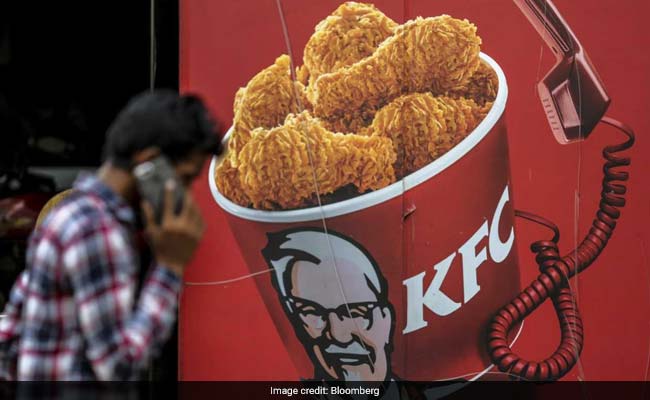 KFC is planning to make its chicken nuggets vegan.

KFC is a restaurant known for its delicious and unique recipes, which are widely popular among non-vegetarians. Indians too love their bucket of Fried Chicken Wings or even the popular range of Zinger burgers. However, the global fast food giant is all set to reinvent itself in an avatar like never before. An official press release on the KFC global website has revealed that the restaurant is now producing the world's first laboratory-produced chicken nuggets. According to the report, the product will be tested in Moscow, Russia, in the fall of 2020.

A large number of meat-eaters across the world are now considering going partially or completely vegan due to the Coronavirus pandemic. There has also been an increasing emphasis on food safety and hygiene of meat preparations in the post-COVID world. This is not just because of the health concerns surrounding the consumption of meat, but also keeping in mind its environmental impact. Meatless meat and mock meats are set to be a major industry in the post-COVID world as per several reports and studies.

According to a study by the American Environmental Science & Technology Journal, the technology of growing meat from cells cuts energy consumption by more than half, reduces greenhouse gas emissions 25 fold and requires 100 times less land to be used than traditional farm-based meat production.

3D Bioprinting Solutions is the research laboratory that KFC has partnered with for this noble initiative. The partnership will involve KFC as they will help by providing the necessary ingredients such as breads, herbs and spices which are integral to their recipe. The nuggets will be tested across various stages, and only once they pass through the tests, will they be made publicly available.

Raisa Polyakova, General Manager of KFC Russia & CIS, said, "Crafted meat products are the next step in the development of our 'restaurant of the future' concept. Our experiment in testing 3D bioprinting technology to create chicken products can also help address several looming global problems. We are glad to contribute to its development and are working to make it available to thousands of people in Russia and, if possible, around the world."

KFC's chicken nuggets are one of its many signature products.

"3D bioprinting technologies, initially widely recognised in medicine, are nowadays gaining popularity in producing foods such as meat. In the future, the rapid development of such technologies will allow us to make 3D-printed meat products more accessible and we are hoping that the technology created as a result of our cooperation with KFC will help accelerate the launch of cell-based meat products on the market", said Yusef Khesuani, co-founder and Managing Partner of 3D Bioprinting Solutions.

While 3D-printed nuggets coming to your local KFC menus is still few months away, it may happen some time the near future. The very fact that meatless meat and vegan meat alternatives are in the process of being developed makes this idea a slowly forming reality. How traditional meat-lovers take to this concept is something which is yet to be seen.