A Reddit post showed a strange request online for a vegan burger, but he wanted a single cheese slice to be a part of it too. 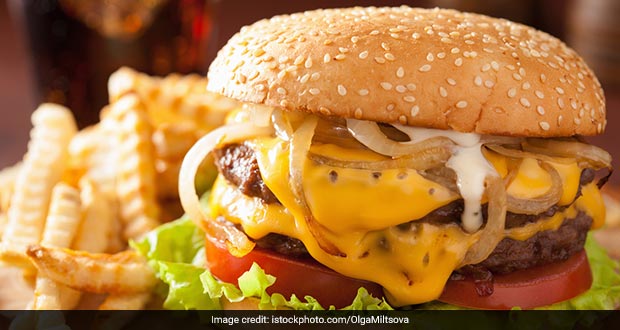 A man ordered a vegan burger with extra cheese, making the internet smile.

The year 2020 has seen vegan diets becoming more of a mainstream idea than a niche concept. Many people are choosing to give up meat, dairy and eggs as part of their diet in the quest to become healthier and do their bit to care for the environment. However, just like any other diet, even the vegan diet comes with a set of things which are ideally not supposed to be eaten but that you really wish to eat nevertheless. A Reddit post showed a strange request that an Uber Eats employee received as part of the order. The man had placed an order for a vegan burger, but he wanted a single cheese slice to be a part of it too. Here's the original post on the Reddit thread r/Kitchenconfidential by user u/aeriley.

"I know this is a little weird for a vegan burger but I'm not actually vegan, my Mrs just won't let me get the beef burger because I slaughter them often and she reckons Imma get heart disease if I keep going. But can you pretty please sneak a little cheese on that bad boy so I can live a little. Hope you have an awesome night. Kind regards," wrote the man who placed the order with Uber Eats.

Reddit users could not get enough of the hilarious request, which asked for a cheese slice to added to the vegan burger which is ideally supposed to be meat and dairy-free. He said in the request that his wife would not let him eat meat due to heart health concerns, and so he had to sneak in the cheese slice into his vegan burger so that he could "live a little".

(Also Read: 7 Things You Should Know Before Switching to Veganism)

Vegan diet involves giving up on meat, dairy and eggs.

The Reddit got 6.5k upvotes and several hundred comments from users. While some pointed out that the burger was quite overpriced at AUD 25, others said that it was a misconception that going vegan means being healthy. "Pretty funny how many people think vegan == healthy. I work in a kind of fancy fast food vegan joint, and literally everything is deep fried carb/starch central," narrated a Reddit user.

What do you think of the request to add cheese in a vegan burger? Have you made or witnessed any such strange requests being made? Tell us in the comments below!