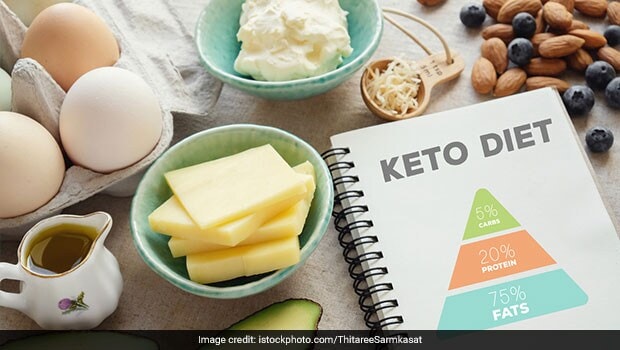 Are you planning to go for the Ketogenic Diet? Do you know what it exactly is? If you don't have a very clear idea, then must know your diet well before you get into it. The keto diet is often touted as a sure shot fix for all your weight loss issues; while at the same time, it is dismissed as a fad by many. This diet involves consumption of low carbohydrate, high protein and high fat foods. So one needs to have a clear idea about whether such a drastic change in eating habits can be executed in a sustainable and safe manner.

As per an ANI report, in Keto Diet, out of the total daily caloric intake, nearly 70 to 80 percent comes from fat, 20 percent from protein and the remaining 5 percent or so are derived from carbohydrates. The carbohydrate deprivation pushes the body into ketosis, which is a state where fat becomes its primary fuel source. Despite its ability to cause rapid weight loss, this dieting approach doesn't find many supporters among medical professionals.

The Keto Diet is usually not recommended by doctors for the reason that it excludes a wide array of essential food groups that are imperative for optimal health such as grains, fruits and some vegetables. Medical professionals caution people to be aware of the difference between weight loss and overall health.

Vasanti Malik, an adjunct assistant professor of Nutrition at the Harvard T.H. Chan School of Public Health, also expressed her concern regarding this extreme system of eating. "You want to be mindful because these foods - whole grains, fruits and vegetables - carry a number of beneficial nutrients - vitamins, polyphenols and fibre - that have been shown time and time again to be beneficial for cardiometabolic health," she said.

According to Mechanick, depletion of carbohydrates compels the body to scavenge upon its fat and muscle tissue to keep everything up and running. "In theory, the Keto diet basically mimics starvation. If you don't eat carbohydrates but you eat an excessive amount of fat and protein, you're still going to waste tissue. The tissue is still going to burn off," explained Mechanick.

Experts feel that fad diets such as Keto also lead to weight rebound issues with people who are not able to stick to them after losing weight. The answer for sustainable weight loss, hence, lies with emphasising on the quality of food and not exclusively the number of calories that are consumed.

Mechanik further suggested that the minimisation of sugars and starches and an increased intake of vegetables, fruits, nuts and beans is ideal. Malik recommended people to include more grains, fruits, vegetables and nuts, while limiting saturated fat, added sugar and added sodium.

In conclusion, the experts stated that tidying up your menu, in conjugation with daily physical exercise, would be enough to create a solid foundation for health.