Sonam Kapoor Has Some Health Advice To Share, And You Should Pay Attention 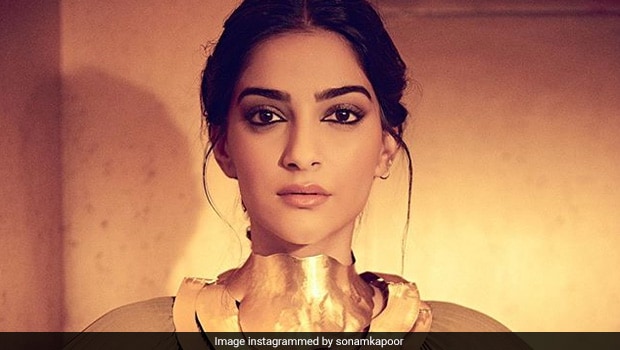 Sonam Kapoor shared some health advice for her friends and followers on Instagram.

Sonam Kapoor is the svelte beauty of Bollywood; her lithe looks and winsome appearances surely catch our eye while scrolling through our Instagram feed. A lot may not have been happening for her on the movie front after her last film 'Zoya Factor' released in 2019. But nevertheless, she keeps making interesting fashion statements that are full of inspiration for fashion and styling enthusiasts. Sonam Kapoor's indulgences are truly noteworthy even on the food front, as the actress makes it a point to share pictures of food from wherever she holidays. She took to Instagram stories to share a healthy food advice picture, take a look:

The picture was shared by an account called 'Caloriesfd' on their Instagram profile, which Sonam Kapoor shared in her stories. She shared the creative, which had some unknown facts and trivia about food. The first one was about the humble egg that the picture claims has every vitamin except vitamin C.

Talking about the two staple fruits apple and banana, both have their nutritional and health benefits too. Apples are more effective for powering up the mornings and making you feel awake, versus coffee. Bananas, on the other hand, are so power-packed that just eating two bananas will provide enough energy for an intense 90-minute workout. A similar energy-providing property can be attributed to carrots as well, since they can give enough energy to walk as many as three miles. The picture also said that carrots were initially grown as medicine, not as food.

Although Sonam Kapoor shared these fun food facts on her profile, she makes it a point to indulge in some guilty treats once in a while. Have a look: