Sonam Kapoor took to Instagram to reveal how she organised her kitchen cabinet while staying at home, in order to 'de-stress'. Take a look! 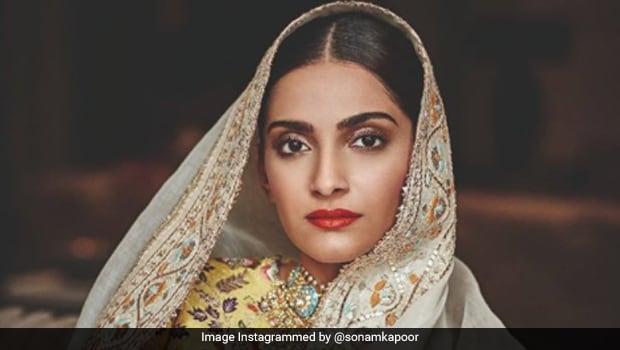 Sonam Kapoor revealed her favourite way to de-stress, by organising her kitchen!

The period of staying at home has reduced the amount of work hours people spent commuting, thus leaving ample free time to do the things that they love. Some have taken to baking, while others are spending more time with their loved ones. Sonam Kapoor is one such celebrity who regularly shares updates from her life for her followers on social media. She took to Instagram to reveal how she organised her kitchen cabinet while staying at home. Take a look at the story she shared:

"De stressing and organising," wrote Sonam Kapoor in her story on her Instagram handle. Along with the caption she shared a short video of a beautiful organised kitchen cabinet which housed a diverse range of spices. There were jars of spices and powdered condiments stacked neatly in three rows, along with bigger jars arranged on the sides. Sonam Kapoor pasted a black-coloured label on each jar with the contents described in white ink. We could spot spices like red chilli powder, onion powder, garlic powder, carom seeds, black pepper, cardamom, oregano, chilli flakes in the clip that Sonam Kapoor shared.

What a great and handy way to organise the most essential part of the kitchen! The spices kept with such easy access would be handy while cooking and surely act as an incentive to make amazing food as well. Who knew Sonam Kapoor was so much into cleanliness and organising, that too for something as basic as a kitchen cabinet! We hope to see more of Sonam Kapoor's organising diaries in future too.