This Woman's Viral Confession Will Change The Way You Look At KFC, Forever!

Viral: A woman revealed to her husband how she saw the bow-tie in the KFC Colonel Sander's image, since childhood, and we just can't unsee it. 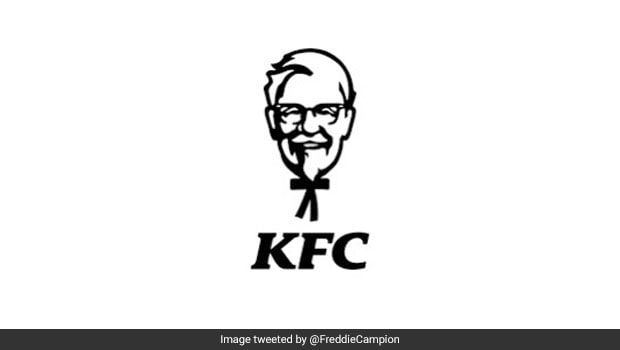 A logo makes a brand's image. It stays in the mind of the people and creates a path of relatability. For ages, we have seen the fast food brand KFC with a picture of Colonel Harland David Sanders, who is the founder and also the brand ambassador of KFC. The black and white silhouette image of Colonel Sander's face and his signature bow-tie has been the brand's creative for as long as we can remember. But next time when you see the same picture, you are going to look at it differently.

All it took was a woman's amusing confession about the Colonel Sander's image to change our years-old perception of it. This woman revealed to her husband that since childhood, she saw the bow-tie in the image as Colonel Sander's whole body. Shocked? Look at the KFC picture again and you'll understand what she's meant.

The woman's husband, Freddie Campion, took to Twitter to expose his wife's long-kept secret and wrote "My wife just confessed that for her entire childhood she thought Colonel Sanders' bow tie was his whole body and now I can't stop seeing a tiny stick body every time I look at him."

My wife just confessed that for her entire childhood she thought Colonel Sanders' bow tie was his whole body and now I can't stop seeing a tiny stick body every time I look at him. pic.twitter.com/qVad6t93SA

Well, after this post, we just cannot unsee the tiny stick body. We are not the only one to be taken aback by this revelation. Many Twitter users are complaining about it and having a good laugh over it, making the post viral.

Comments like "Tell your wife I hate her", "...and now I will too" and "I will never look at it the same again" are pouring in.

In fact many users are sharing their own misconceptions about various other brands, and these posts are too funny to miss. Here there are:

How about the arrow in the E in FedEx. I never saw it until my son pointed it out... and now it's all I see. pic.twitter.com/fepI10eHuP

Promoted
Listen to the latest songs, only on JioSaavn.com
— Christina Olson (@chrisol72) December 16, 2020

I was like 25 when I realized this was D. When I was a kid, I thought it was a weird treble clef cause all the movies were musical ???????? pic.twitter.com/aQjqeiLwY4

She's a genius. Can you ask her to interpret the Starbucks lady. Does she have legs with little crab feet that she's trying to lift above her head? I don't get what's going on here. pic.twitter.com/da5DiBgOYN