Varun Dhawan Wraps Up 'Coolie No. 1' In Goa; Celebrates With A Sinful Breakfast (Pic Inside)

Varun Dhawan completed the shoot of his next 'Coolie No. 1' alongside Sara Ali Khan in Goa. 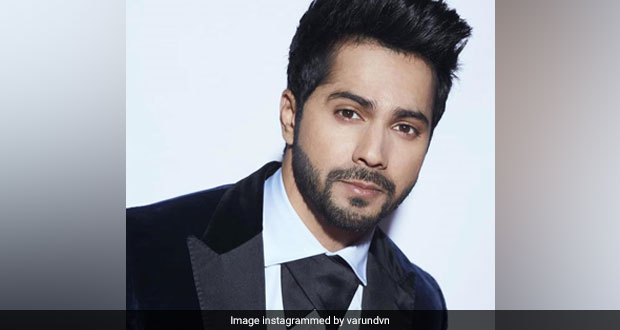 Varun Dhawan will be next seen in the romantic comedy Coolie No. 1.

Actor Varun Dhawan has been riding high on the success of his last movie 'Street Dancer 3D'. Known for critically acclaimed performances in 'October', 'Sui Dhaga' and 'Badlapur', Varun Dhawan has proved his mettle with consistency. And that's not just with his talent, the Judwa star is also one of the fittest actor in the industry. In one of his sessions with celeb nutritionist Rujuta Diwekar, Varun spoke about how the nutritionist got him hooked onto two juices - sugarcane juice and kokum sharbat. He credited sugarcane juice for helping him get his energy levels up and also improve his mood.

And while he is a fitness enthusiast, he is also a foodie who keeps giving us glimpses of his food shenanigans! The actor was shooting with Sara Ali Khan in Goa for the remake of romantic comedy 'Coolie No. 1'. He officially announced the completion of the movie shoot with a special foodie post on his Instagram handle. The actor posted a selfie of him sitting with a plate full of pancakes topped with what looks like hazelnut spread and chopped bananas along with a small bowl of ice-cream on the side. He captioned the image, "Pancake Friday ek number breakfast. Just wrapped filming for #coolieno1 which is the funniest film I have ever been a part of and decided to celebrate like this."

Have a look at the drool-worthy image here:

Isn't this breakfast goals for all of us? We simply can't help but think of devouring a stack of pancakes too! 'Coolie No.1' is a remake of the 1995 film by the same name and is directed by David Dhawan. It is slated to release on 1st May, 2020. Here's wishing Varun Dhawan all the luck for 'Coolie No 1' and may he keeps giving us such foodie goals always.