Priyanka Chopra Jonas shared a video of herself enjoying a cup of coffee with a picture of her husband Nick Jonas painted in the foam. 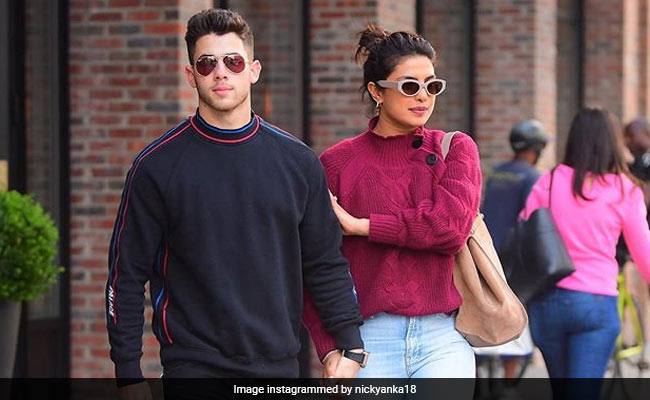 'The Sky Is Pink' star Priyanka Chopra was recently in Toronto for the 2019 Toronto International Film Festival. The actor, who appears in the movie opposite Farhan Akhtar, and along with Zaira Wasim and Rohit Saraf, has also co-produced the movie that premiered at TIFF last week. Priyanka Chopra made news as she walked the red carpet at the film festival, looking as gorgeous as ever. The movie, which has been directed by Shonali Bose, will be released on October 11, 2019 and the trailer has already got Chopra's fans talking. On the sidelines of the film festival, Priyanka appeared to have managed to take some time out to have some fun as well.

Priyanka Chopra Jonas shared a video of herself enjoying a cup of coffee with a picture of her husband Nick Jonas painted in the foam. Latte art pictures have become quite the rage on Instagram and other social media pages. Baristas and cafes around the world now serve coffee with people's face created in the foam. Getting in on the trend, Priyanka also shared snapshots of her special cup of cappuccino with Nick Jonas's photo on it. The video has now surfaced on fan accounts on Instagram, many of whom can't stop gushing about the couple.

Also Read: Priyanka Chopra's Lavish 5-Tier Birthday Cake Was 'As Big As Her'

Take a look at Priyanka Chopra trying out her 'Nick Jonas cappuccino':

The video has been garnering loads of comments and 'likes' from appreciative fans of Priyanka Chopra and Nick Jonas. Priyanka was served her 'coffee with a side of Nick Jonas' in Toronto by Brian Leonard, who is also known as Barista Brian.

He is popular on Instagram for creating latte art pictures of celebrities. Leonard is an internationally recognised latte artist who has catered for some world famous events, including TIFF. Leonard's Instagram page has posts of a whole range of celebrities enjoying cups of coffee with their faces painted in the foam.