Healthy Eating Heavy on the Pocket 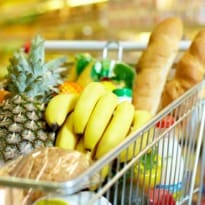 Healthy eating as a mantra may have gained popularity but it could be a little too heavy on the pockets of those from low income groups, Australian research says.

The comparatively higher cost of eating a nutritious and balanced diet could actually drive such groups towards cheaper, processed foodstuffs with high fat, salt and sugar content, according to a finding by the Flinder University.

Food is becoming more expensive because of issues that include drought and flooding as well as increased shipping and transport costs, the Journal of Environment and Public Health reports.

"You read a lot in the media about housing stress, but it applies to food as well," says Paul Ward, professor of public health at Flinders, who led the study, according to a Flinders statement.

"With increasing obesity, governments tend to focus their attention on telling people to eat healthy, but the problem is that the more unaffordable healthy food becomes, then the more difficult it becomes for individuals to take the healthy eating option," he said.

"If it is chewing up a third of your income to potentially eat healthily, and you have increasing utility bills and rental or mortgage payments, something's got to give. The next step is to buy energy-dense but nutrient-poor food, because that is all they can afford," added Ward.

Listen to the latest songs, only on JioSaavn.com
Ward said that to combat potential health problems such as obesity and diabetes, some governments overseas are reducing the cost of healthy foods in low-income areas."That approach has been shown to be effective in increasing the purchase of healthy foods in those locations," Ward said.