Dietary Protein Benefits: How It Can Help You Gain Muscles 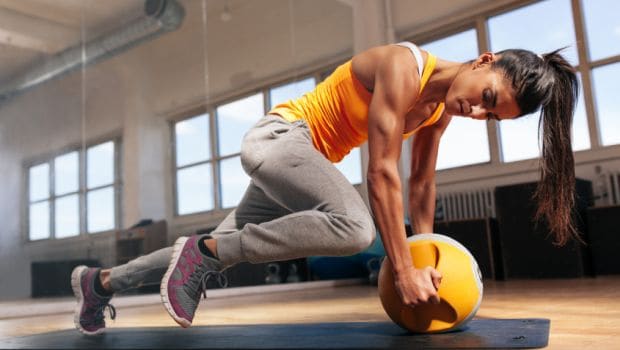 Highlights
Listen to the latest songs, only on JioSaavn.com
Want to gain muscles and be strong? It's not all about working your guts out in the gym. While exercise can help you burn calories and sculpt your physique, you also need a good dose of nutrients to help your body achieve that dream goal in a healthy way. And no matter what people tell you about supplements and other products to help gain muscles, there's nothing quite like good food sources that are natural. Proteins are essential for your body as they help in cell growth and development. Your muscles need their regular dose of proteins to grow and function efficiently. There are various sources of dietary protein, both animal and plant based. Examples include chicken, eggs, fish, legumes, beans, etc.Protein, which is made up of amino acids, is the building blocks of muscles. Without them, it would be impossible to build, repair or even maintain muscle tissue. Protein is made up of carbon, hydrogen, oxygen and nitrogen. A sufficient amount of protein will put you in a positive nitrogen balance, or an anabolic state which allows body to build and repair muscles.

According to a new study, diets high in protein from any source - animals or plants - may help keep muscles big and strong as people age. The research conducted at the University of Massachusetts in Lowell by lead author Kelsey Mangano said people with higher overall protein intake had higher muscle mass and stronger quadriceps, the muscle in front of the thigh.

Proteins are found in meat, fish, poultry, eggs, dairy, vegetables, grains and nuts. The Institute of Medicine recommends adults get about 0.8 grams of protein per kilogram of body weight each day. That translates to about 56 grams per day for a sedentary person who weighs 70 kg. Protein is known to protect bone density, muscle mass and strength, but it's been unclear whether protein must come from specific food sources, the researchers write in The American Journal of Clinical Nutrition. For instance, do people who get their proteins from meat benefit more than people who get their proteins from non-animal food sources, or vice versa?

The researchers used data from 2,986 men and women, ages 19 to 72; that were ask to fill out questionnaires about their diets between 2002 and 2005. About 82 percent of the participants were getting recommended daily amount of protein. Their diets fell into one of six patterns: fast food and full fat dairy, fish, red meat, chicken, low fat milk, and legumes. The researchers then began to find out if the participants' dietary patterns were tied to their muscle mass, muscle strength and bone density. Unlike past studies, the researchers found no links between dietary protein consumption and bone density, although they did found that dietary protein was tied to muscle mass and strength. Muscle mass and strength were found to be higher among people who consumed the most protein, compared to those who consumed the least. People with highest amounts of protein in their diets were eating about 1.8 grams per kilogram of body weight per day, compared to 0.8 grams per kilogram among those eating the least.

Now we know that it is not important to consume animal source protein for better muscle growth. A person getting a large amount of protein from red meat will benefit as much as a person getting it from legumes. Whether you are an avid strength trainer, a marathon runner, or just an average exerciser, a balanced diet should be rich in fruits, vegetables, whole grains, lean meats, fish, and complex carbohydrates for a healthy body and muscle gain.