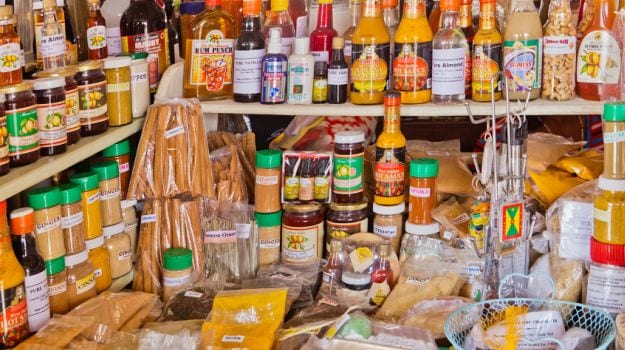 Having learnt their Maggi lessons hard way in 2015, the FMCG sector is desperately looking for a brighter new year with hopes pinned on revival in rural demand and push from e-commerce even as an enhanced regulatory glare would keep them on toes with regard to safety of products.While poor rainfall impacted rural consumption of FMCG products during 2015, heavy rains in Chennai and some other parts towards the year-end also hit the companies hard including in terms of impact on their production facilities.But the biggest hit came from ban on the popular Maggi noodles, which was subsequently lifted on court orders but ledv to greater scrutiny on all instant food products.

While Nestle India has relaunched the instant noodles brand, the issue brought to the fore the food safety issues as although questions also emerged about the testing standards of various government laboratories.Nestle is estimated to have taken a hit of Rs 450 crore and had to destroy over 30,000 tonnes of the instant noodles.

"The MAGGI issue disrupted business during the year and the shock is much larger than what the company alone has faced or what our results have indicated. It impacted thousands of workers, suppliers, partners, farmers, distributors, truckers,retailers and other stakeholders who constitute the Maggi brand," a spokesperson for Nestle India said.

Impacted by the ban, Nestle India reported a standalone loss of Rs 64.40 crore in the April-June quarter for the first time in 15 years. In the subsequent quarter, its standalone net profit dipped by over 60 per cent.The Maggi ban impacted instant noodles business of other companies as well including the conglomerate ITC."The instant noodles category was impacted and witnessed a significant decline in sales volume when the controversy broke out," an ITC spokesperson said.

At the same time, the FMCG companies including HUL, ITC, Marico and Dabur were facing challenges of low demand on account of dip in the rural income due to scattered rains bundled with deflation of commodity prices in 2015, which forced them to slash the price of soaps and detergents and increase spending on advertising and promotions.

Although, there was general optimism about the overall economy, this was not seen getting translated into higher consumer spending. Many FMCG firms also faced liquidity issues due to an overall increase in cost of funds.The only silver lining was seen in the urban markets where modern retail chains and e-commerce boom emerged as new lucrative sales channels for them. The companies are now betting on these channels to expand to rural markets as well.

According to the latest government data, the consumer non-durables sector saw a growth of only 0.1 per cent during the six months period of April to October, as against 1.1 percent growth in the same period of last year.

Dabur India's CFO Lalit Malik said the year 2015 has been a mixed bag for all FMCG companies, including Dabur."It has had its positives by way of lower input costs and a reduction in fuel prices that helped improve margins. There have been strong pockets of growth too with the urban markets, particularly the Modern Trade, reporting strong growth. Also, e commerce is fast emerging as a new lucrative channel and is showing immense potential," he said.

FMCG major HUL also reported a 2.62 per cent drop in standalone net profit for the quarter ended September 2015,its first quarterly decline in over two years, primarily on account of price decline and deflationary commodity cost.

"The unseasonal rains in the first part of the year had an adverse impact on the agricultural incomes which in turn impacted rural consumption for most of the Consumer Packaged Goods companies," KPMG India Partner and Head of Consumer Markets Rajat Wahi said.

Marico's MD and CEO Saugata Gupta also said that July-September quarter put a brake on the company's growth. "Historically, rural sales have been growing much faster than urban. However, our research has pointed out that the slowdown in rural India in recent times is driven by sentiments of poor monsoon and liquidity crunch. We are monitoring the situation closely for the quarters to come," Gupta added.

Promoted
Listen to the latest songs, only on JioSaavn.com
ITC's earnings were considerably impacted by 115 per cent duty increase on cigarettes. "The performance of the cigarettes business remainedmuted due to taxation and regulatory headwinds facing the legal cigarette industry in India. The operating environment for the legal cigarette industry in India was rendered even more challenging with two rounds of sharp increase in Excise Duty - in July 2014 and February 2015," the spokesperson said.

In the noodles market, meanwhile, Maggi has got a new competitor with Haridwar-based Patanjali Ayruved jumping into the market to fill the void created by five-month Maggi ban."They (Maggi) have re-launched and I do not see any reasons for not coming back to their original situation. What time they would take to reach that level, I do not know but I am sure they can," EY India Partner and National Leader, Retail and Consumer Products, Pinakiranjan Mishra said.

CommentsOn Patanjali's entry, Mishra said: "I do not think that Patanjali is the replacement for the Maggi consumers. They would take some share but the original would be there. They would create a space but bulk would be with them".