How to Make A Perfect Martini 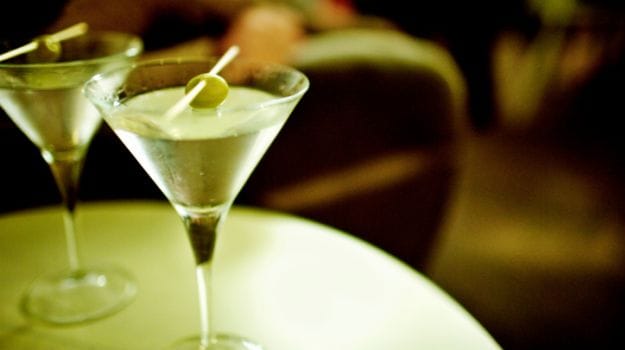 Shaken or stirred, how a Martini should be prepared remains a contentious issue among many a luminary ...

For the dedicated drinker, there’s no happier time than 6pm (or sometimes 5, if I’m on childcare duty). And there’s no better ode to this magical time than a very short book by American historian Bernard DeVoto, called The Hour: A Cocktail Manifesto. For DeVoto, only one drink will do when the clock strikes 6: the Martini – and he has strict views on how to make them.

A Martini must be freshly made – “You can no more keep a Martini in the refrigerator than you can keep a kiss” – and he counsels against making them too strong: a Martini should make you believe that “at any moment we may see the unicorn. But it would not be a Martini if we should see him”. His ideal ratio is 3.7 parts gin to 1 part dry vermouth. The Martini became drier during the course of the 20th century; DeVoto was writing in the 1940s and even then his ratio would be considered distinctly wet. Most Martini drinkers these days take Noel Coward’s view that “a perfect Martini should be made by filling a glass with gin, then waving it in the generaldirection of Italy.”

Ian Goodman, head barman at the Oxo tower in London, has a special cocktail list that takes you through the evolution of the Martini, starting with the Martinez from 1887. It’s a journey into dryness. Like DeVoto, Goodman is a Martini obsessive. Apparently, the key is to make sure that everything – the gin, the vermouth, the glasses and the shaker – is as cold as possible.

The Martinez is not much like a Martini at all, being made from Old Tom gin and sweet vermouth. A 1930’s Martini from the Harry Craddock’s classic Savoy Cocktail Book contained 1 part vermouth to 2 parts gin and, though a pleasurable drop, I missed the sheer viscosity of a really gin-heavy Martini. We ended on a modern take on the classic: 3 parts dry gin, 1 part white vermouth, a splash of benedictine and a dash of mandarin and orange bitters. I can’t see DeVoto going for this, but it really worked, as it has the gin power of a very dry Martini but was tempered by a touch of sweetness.

You would be foolish to sample everything on the list. My wife and I tried four in total. Later, we collected our daughter from school a little unsteady and reeking of gin. For DeVoto, the ideal number consumed during the hour was two: “How fastidiously cold a second Martini is to the palate but how warm to the heart.” But you should never rule out a third: “Certainly I’ll have another one ... one more, and then, with a spirit made whole again in a cleansed world, to dinner.”