The Story of Gin: Sipping into Gin and Tonic, Martini and More 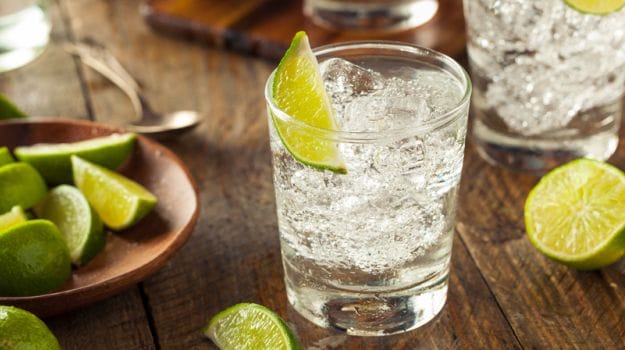 My quest for Tennessee whiskies took me to Thompson Station, a charming small town not far from Lynchburg, the home of Jack Daniels. This is among the newest boutique distilleries that has sprung up in Tennessee and has built quite a strong local reputation for its 'small batch' whiskies but the biggest surprise was the distillery's gin. I didn't really expect to encounter a stellar gin at a whiskey distillery but it stood out with its delicately balanced botanical infusions, and eventually took my attention away from all that Tennessee whiskey.

If there's one clear Spirit trend in the recent years, it is the rise and rise of gin that almost become unfashionable a couple of decades ago. No one's happier than mixologists the world over.

One of Bengaluru's most sensational F&B debuts of 2016 was Toast and Tonic, a bar drenched in East Village (in New York city) chic with a beverage menu full of sensational Gin and Tonic cocktails. Further evidence that gin is no longer the drink of fuddy duddies.

In some ways, India's new found interest in gin marks a full circle. Gin was after all a 'go to' drink during the days of the British Raj and London style dry gin is among the best known versions. But the British can't take all the credit for gin.

The earliest references of gin probably go back to the eighty year war (1568-1648) that pitted the Dutch and English against the Spanish. By that time there were many Flemish distillers (in modern day Netherlands and Belgium) that were distilling genever, the precursor to gin with juniper berries. Genever was a common fix for stomach and kidney ailments. The British shortened genenver to gin and by the 1700s it became one of the most widely distilled spirits in Britain. It also saw the emergence of turpentine as an alternative flavouring agent to juniper berries.

The first versions of genever also used herbs and spices like anise, caraway and coriander along with Juniper berries. The British Government's decision to allow unlicensed gin production saw a huge spurt in gin production. Gin became a cheap, mass produced spirit during this time that has also been described as the 'Gin Craze'. Some of those negative connotations have stuck on to this day - Gin Joints still refer to bars with a poor reputation in the US. During the prohibition era it was common to distil gins in homes in bathtubs, eventually giving rise to the term Bathtub Gins.

Britain's colonial ambitions saw the emergence of gin and tonic. Quinine was the most effective antidote for malaria, the scourge of British troops and officers in India and other colonies. Quinine merged with carbonated water to become tonic water and was blended with gin to create a popular cocktail at British Gentleman's clubs across the Raj - the Gin and Tonic. Gins went beyond gin and tonic cocktails becoming a popular ingredient in some of the most popular early 20th century cocktails like a Martini (that was actually invented in the 1880s) and was an integral spirit of the roaring 1920s.

The Different Types of Gin

There's no clear classification for gin, this has allowed various interpretations of the spirit to blossom over the years. Strictly speaking Juniper berries need to be the main flavouring agent for a gin to be classified as a gin but there are quite a few modern gins that don't use juniper berries. Most juniper berries grow in the wild unlike grapes for wine that tend to be cultivated methodically.

There is no restriction on the number of Botanicals for flavours - each gin has a different count. The botanicals in a gin are almost like spices in an Indian dish - a perfect blend could result in complex, interesting flavours while some modern gins go overboard with botanicals resulting in a terrible mishmash. In the US, gins are expected to have a 40% ABV (Alcohol by Value) while the corresponding figure for the European Union is 37.5%. Distilleries today either use the pot still method or column stills and many pot stilled gins are stored in casks just like whiskey.

London Dry is arguably the quintessential gin with natural ingredients and flavourings that need to be part of the original distillation process. Flavours and colours are never added after the distillation process. And no, London Dry doesn't necessarily have to be distilled in London. The iconic Beefeater brand is one of the only surviving distilleries in London. Distilled Gin follows a similar process as London Dry but the flavouring can be added after distillation. Many of the modern gins follow this process as newer flavouring agents have emerged. Compound gins are cheaper variations where even the juniper berries flavour can be added at a later stage.

From a spirit to combat illnesses and a cheap spirit for the poor to a refined spirit for fashionable cocktails in the roaring 1920s, the gin journey has been fascinating. It's making a strong comeback in the 2010s with a host of classical and modern cocktails. You can try some of them at home:

A gin-based cocktail infused with the tang of earl grey tea and the sweetness of cranberries. For the recipe, click here.

Gin, martini, cherry juice and liqueur are shaken and served with cherries on top. For the recipe, click here.

Negroni is a classic cocktail stirred up with gin. Relish a balance of sweet, savoury and bitter flavours in one elegant drink. For the recipe, click here.