If You've Taught Your Teen this Life Skill, Well Done 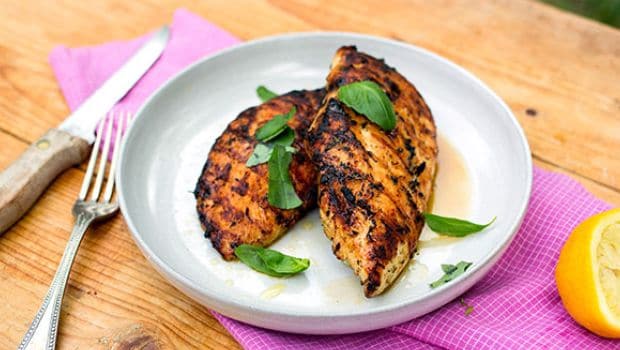 Highlights
As with many parents of teens, I am on a mission to teach my boys life skills. They are incredibly capable of catching a baseball, landing a flip on a trampoline and riding a bike without hands, but in five and six years, when they head off to college, will they have the broader skills they need to live on their own? Although they do dishes and can run a load of laundry, we still have some work to do.

My husband, who grew up in Minnesota, thinks the life skills we should be teaching our city kids involve a chain saw and other power tools, but I am sticking to those involving a kitchen knife and a can opener. Last weekend, he taught them how to paint a bathroom, and this week I am demanding they fire up the grill. Will they be Renaissance men or completely confused?

I've already laid out the 10 meals I believe kids should learn to cook before they launch, as well as the basic cooking techniques they need to succeed in the kitchen, so now I am moving on to a meat-specific lesson. This way, if my husband actually teaches them to hunt, as he claims he will (or if, more realistically, they are hungry and near a butcher), they'll have the skills to survive.

Ideal for the tenderest cuts of meat and entire pieces, such as a whole beef rib roast or a whole chicken. Look for a cut with a little extra fat, as the dry heat of roasting can also dry the meat.

1. Place meat in a 425-degree oven for the first 15-30 minutes (the "half-hour sizzle," a term coined by celebrity chef Hugh Fearnley-Whittingstall), then lower the temperature to 350 degrees for the remainder of the cooking time.2. Cooking times are based on meat variety and size, so refer to the recipe. Cover or baste with liquids during cooking to retain moisture.

3. Rest meat for 20 minutes before carving and serving.

Flat, lean cuts of meat are best for the grill, as extra fat will drip into the fire and cause the flames to flare and blacken the meat. Grill over high heat from smoldering embers rather than roaring flames.

1. Wipe off excess marinade so it doesn't drip into the fire, causing the flames to flare.

2. Press the meat with a spatula to decrease cooking time and prevent the meat from sticking.
3. Flip meat only once.

2. Put 1 tablespoon of sesame or grape seed oil in a hot wok or skillet and heat over medium-high heat.

3. Stir-fry meats first, tossing regularly. Remove from pan when done and cook vegetables next, then garlic, ginger or other aromatics.

4. Return the meats and vegetables to the pan, then add sauce or garnishes such as nuts or seeds. Toss to combine and serve.

Creates a crisp, flavorful crust. Most cuts of meat can be seared.

1. Ensure the meat is room temperature. Remove it from the fridge at least 30 minutes before cooking.

2. Pat dry with a paper towel.

4. Add a splash of oil, such as sesame or grape seed, that works well over high heat.

5. Season meat with salt and pepper, but be aware that salting too far in advance will draw the juices from the meat too soon.

6. Cook until one side has enough of a crust not to stick to the pan. If it is sticking, continue to cook until it releases more easily.

Slow-cooking and stewing meat can make tougher cuts into more-flavorful dishes. Leaner cuts of meat are often better, as whatever fat there is remains in the dish.

A slow cooker can handle larger pieces of meat, while sliced or chopped pieces of meat are better in a stew made in a large pot on the stove.

2. Bring to a simmer in liquid.

4. Simmer for a long period of time.

A good technique for larger and tougher cuts of meat such as shoulders or brisket.

3. Add braising liquid such as broth, water or wine, and stir and scrape up any browned bits from the bottom of the pan. These provide loads of flavor.

4. Return the meat to the pan with the broth and bring to a boil. The meat should not be submerged.

5. Cover and slide into a 325-degree oven to finish cooking. Cooking times are based on meat variety and size.

Allowing meat to rest for at least 10 minutes after cooking helps to redistribute the juices. When buying meat, consider the way in which it was raised and slaughtered. Grass-fed meats tend to have higher vitamin and mineral counts.

Try this handy trick to determine how well a steak or other piece of meat is cooked:

- Press the heel of your hand, below your thumb, for the feel of raw meat.

- Place your pointer finger and thumb together, then press on that same spot for the feel of rare meat.

- Place your middle finger and thumb together, then press on that same spot for the feel of medium-rare meat.

Listen to the latest songs, only on JioSaavn.com
- Place your ring finger and thumb together, then press on that same spot for the feel of medium meat.

- Place your pinky finger and thumb together, then press on that same spot for the feel of meat that is well done.