Raftaar revealed that Kareena brings a big box of makhanas to the set and also sneakily passes it on to him and Bosco. 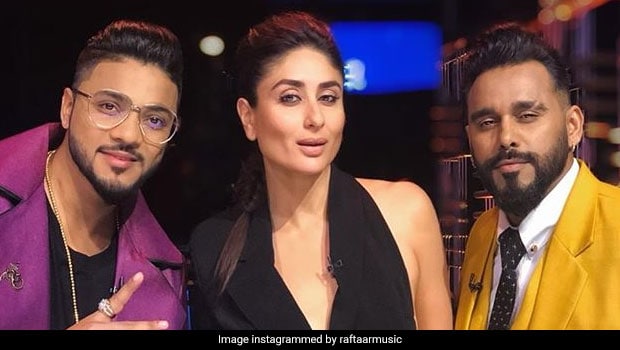 Kareena Kapoor Khan has wowed us all with her outstanding performance on the silver screen and now she is winning hearts through the small screen as well. Currently, she is on the panel of judges of the poplar dance reality show Dance India Dance 7. Watching her in this new role on television, we can't help but wonder how she keeps fit all the time. Raftaar, her co-judge on the show might just have spilled the beans on her fitness secret. In a recent interview to Times Of India, he revealed that the actress brings a big box of makhanas (fox nuts) to the set and also sneakily passes it on to him and Bosco (the third judge of the show) under the table!

Raftaar was reported saying, "Not many know but Kareena ma'am brings a big bowl of makhana (fox nuts) and we keep passing the bowl during break time. Imagine three of us (Bosco, Kareena and Raftaar) sitting and judging the dancers with a straight face held up and as soon as we get a break, the makhana dabba keeps passing between us. That's the simplicity of Kareena ma'am I am talking about."

(Also Read: Kareena Kapoor's Son Taimur Does Not Anything At B'Day Parties. Here's Why)

Kareena Kapoor Khan has been constantly giving us fitness goals. Other than following a regular workout regime, she also keeps a watch on what she eats. Time and again, she has stated that she loves simple, homemade food. And, now we know that even during the shoot of DID 7, she likes to snack on home-brought makhanas.

Makhana is a low-fat, low-calorie food that is also great in taste. It is also a good source of healthy carbohydrates, B vitamins and essential minerals. Bake it or roast it with your favourite spices and gorge on this nutrient-dense snack to attain a healthy and fit body like Kareena Kapoor Khan.