Khamiri Roti: Everything you Need to Know About Mughal's Favourite Bread! 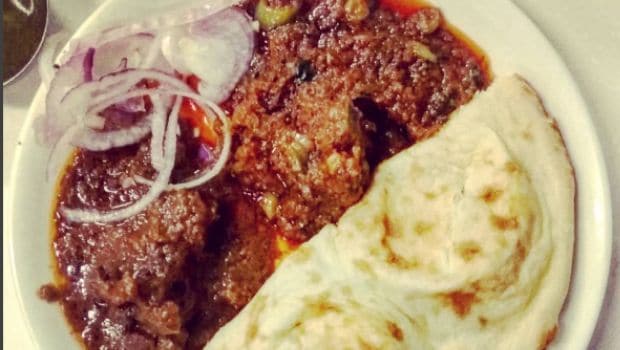 In the midst of choosing between white and brown breads, somewhere we have lost out on traditional rotis, which were a staple diet of families in every Muslim neighbourhood of Old Delhi. One of them is Khamiri Roti, which is believed to have been a popular staple in the Mughal Age. Mostly found in the streets of Old Delhi, Khamiris make an exceptional combination with non-vegetarian dishes such as Korma. If you haven't tried them yet, it's time you gorge on these spongy and chewy rotis that are definitely going to leave you asking for more. Read on as we tell you more about Khamiri Rotis.

What is Khamiri Roti?

'Khamir' is an Urdu word meaning yeast. A leavened baked flatbread, Khamiri is believed to have originated in the Mughal era and was a staple amongst the people. Not just Khamiri, but breads like Naan and Bakarkhani among others were eaten during this era. According to Celebrity Chef Sadaf Hussain, Indian bread industry was run by Naan Bais and Bhatiyaras, who used to supply locals a range of traditional breads. Naan Bais used to supply bulk orders during festivals and other family events whereas Bhatiyaras used to supply breads on a daily basis to various households.

(Also read: A Recipe of a Perfect Khamiri Roti)

Although Bhatiyaras do not exist anymore, the roti shops are now generally seen in the bylanes run by Naan Bai community, who now sell these rotis in bulk orders as well as small quantities.

Khamiris are soft, spongy and have a slight tangy taste that makes them extremely unique and special. Earlier, in summers, people used to ferment the atta by leaving it overnight to let the dough rise and prepare these rotis. However, nowadays, yeast or baking soda is added to quicken and ease the process. This Indian version of sourdough bread tastes best with Indian curries and dals. Chef Sadaf tells, "This is a fluffy and spongy bread made up of sour bread, and can be easily found in a Muslim household. Traditionally, it is made in a tandoor but one can also make it in a pressure cooker or ulta tawa. We Muslims eat it almost every week pairing it with various kinds of gravy. The usage increases during festivals, because these festivities mean a lot of rich and delectable food. It can be eaten with Nalli Nihari, Mutton Keema, or any other curry dish. I would suggest, Old Delhi, Jama Masjid and Chawri Bazaar are the best places to gorge on to these delights."

Khamiris are great with non-vegetarian dishes such as Korma Photo Credit: Instagram/gaurav_avinash

If you want to try this amazing roti anytime soon, you can drop in at Old Delhi's legendary Nihari Wala or Kallu Mian, hidden behind Delite Cinema, near A-One Chicken corner shop in Old Delhi. While everyone swears on its Nihari, the gorgeous Khamiri Roti that is served right out of a clay oven helps enhance its taste. If you haven't tasted this traditional Indian pita bread, you sure have missed out on one of the gems in the culinary world.

If you don't feel like stepping out, we have got you a video to watch and learn how to make Khamiri roti at home. Here you go: