Rajma paratha will taste just as great as our favourite aloo paratha, paneer paratha or gobhi paratha. Make this protein-rich paratha for a power-packed and nutritious breakfast. 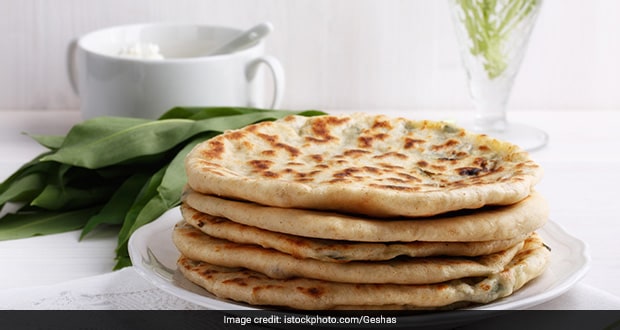 Rajma chawal is soul food - boiled kidney beans cooked in a dense tangy gravy is the best dish to pair with rice. While we'll always love the stellar combo of rajma and rice, we would like you to explore another rajma-filled delight that can clock a close second position after rajma rice - paratha stuffed with delicious rajma. Paratha is the ultimate Indian breakfast that is tasty and highly filling. Rajma paratha will taste just as great as our favourite aloo paratha, paneer paratha or gobhi paratha.

Now, you must be wondering how do you really make rajma paratha. Trust us when we tell you that it is very easy to make. And, if you are still wondering why you should make it when you already have so many options to make parathas, let us remind you that rajma is extremely rich in proteins, which is ideal to be consumed in abundance at the start of the day. And, this we don't have tell you that rajma will taste smashing consumed in whichever form.

(Also Read: Use Leftover Rajma To Make These Interesting Dishes; Don't Waste It)

Rajma is quite rich in proteins.

Method -
Step 1 - Soak rajma in water for 4-5 hours or overnight.
Step 2 - Knead dough with flour, salt and oil.
Step 3- Cook the rajma with some salt in a pressure cooker. Once cooked, drain the water and let it cool.
Step 4 - Mash the rajma in a blender along with green chillies, ginger and garlic.
Step 5- Now heat some oil in a pan, saute onions, add the mashed rajma mixture and saute it for few minutes along with salt, red chilli powder, jeera powder and amchur powder.
Step 6 - Add garam masala and coriander leaves, and mix well.
Step 7 - Now use this rajma mixture as filling for your paratha and cook with ghee for better flavour.

Enjoy this protein-rich paratha for a power-packed breakfast. Pair it with curd or chutney and pickle of your choice. And, don't forget to tell us how you liked it.