The GST Roll Out: Here's What The Restaurant Industry Feels About It 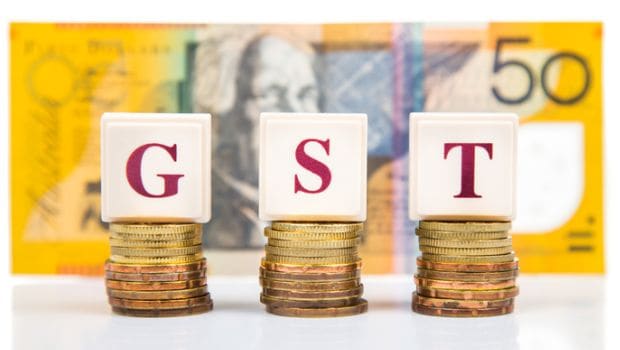 Highlights
The Goods and Services Tax (GST) is all set to come into effect on 1st July 2017. GST has been touted as one of the most effective reforms in the tax structure of the country that aims to bring in goods and services under a uniform tax cover. It also sets out to put an end to the traditional 'tax on tax' system and create a common market for goods and services with a target of making most commodities cheaper than before. We got in touch with some of the leading names in the restaurant industry to get a taste of their sentiments on the GST roll out.

The F&B and restaurant industry had previously pinned down their expectations to the imminent tax reform. Tax relaxation, inclusion of liquor under GST and sufficient incentives to the industry were few of the primary demands made by some of the leading names in the industry. "Our food industry churns out massive revenues and generates huge employment. Shouldn't we be entitled to some kind of incentives?" noted Sabyasachi Gorai of Lavaash, New Delhi. Unfortunately, there have been no specific incentives stated in the tax regime pointing towards the restaurant industry.

An increased tax levy on five star hotels, liquor selling and fine dining restaurants have upset most restaurateurs. "Aerated drinks are taxed massively at 28% which is a huge hit. A consumer will have to pay more for having these at a restaurant. Liquor is not included in GST which means I will need to pull out two bills for the customer- one for food in compliance with the GST standards and another one that will have liquor separately according to the state tax policy. Every state will have different VAT figures for liquor; all this will just be more cumbersome and may lead to operational challenges," shared Rahul Singh, President of the National Restaurant Association of India, Haryana who also owns Beer Café.

"I have noticed that some of the items like meat, fish and chicken have been exempted from tax which might help us cut down on input costs, but not much," noted Sabyasachi Gorai.

"Incidentally, the reform will help us save input costs. Earlier there were many goods that were not a part of such a reform. With the new revision, cost of rent and input will go down and profitability may improve marginally. GST has made the tax structure a lot simpler and transparent but if the government wants to boost this sector, ensure more employment and benefit to the exchequer, taxes should be brought down." shared Zorawar Kalra, Founder and Managing Director of Massive Restaurants.

"I don't think there will be any massive difference in our input cost, we have not gotten down with our math but roughly it should benefit us by a percent or two here and there. GST will bring in more transparency to the entire system facilitating fair play in the industry," noted Rahul Singh.

The restaurant industry seems to have spot their silver lining. "Overall it has been a good reform. High tax imposition on restaurants is something that is not going well with most of us; liquor has also not been covered," shared Zorawar Kalra.

"The restaurant industry was the only one to follow a dual policy - State led VATs and a central tax levy. The good thing is that GST will subsume all other taxes putting forward a single tax regime," concluded Mr. Rahul.

"The reform is excellent for giving a structure to the otherwise extremely complicated tax regime that we followed previously. Earlier, a particular item was sold for a different price in different areas of the country; GST will ensure a uniform price slab now. However, I don't see the restaurant industry or the restaurateurs benefiting a great deal out of it," said Mr. Gorai.

"We're hoping that the GST roll out will help bring much more of the industry under a unified tax umbrella, this could greatly increase the revenues leading to lowered taxes down the line," noted restaurateur AD Singh.

The GST tax guidelines have categorized various food items and products under different tax slabs some of which have been enumerated below. This gives a sense of what all types of edible items will become cheaper or more expensive.

- 28% tax on ingredients and items like chocolate products, chocolate with cocoa, chewing gum and aerated drinks. 5-star hotels fall under this category.

- Tax on packaged food items has gone down from 18 to 12%. Tax on cutlery has also gone down by the same amount.

Will dining out become more expensive?

While there exists an option for the restaurateurs to recover the brunt of increased tax via their service, most in the restaurant industry affirm that the total bill for a regular consumer will remain be as it was. "It will remain more or less the same, may even come with a minor reduction," noted Mr. Kalra. "In my opinion, a customer will end up shelling out just about what he was previously," shared Rahul Singh.

"I feel it will remain the same, won't affect the diners much, however, will only get to know the actual effect in 3-6 months," noted Mr. Gorai.