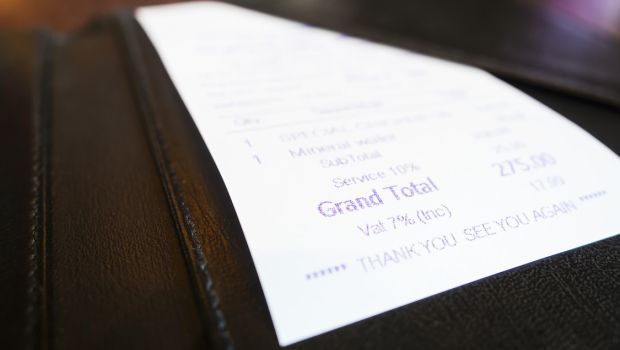 Highlights
The Union Budget which is to be presented in the Parliament on 1st February 2017 has stirred a wave of anxiety and expectations all across the country. Every year, the budget sets the heart racing and makes or breaks many expectations. One of the biggest highlights of the Union Budget 2017 would be the relevant measures and reforms to outdo the effects of demonetization on the economy.

As far as the food and restaurant industry goes, some of the biggest names in the market have many pressing issues that they are hoping to be redressed in this budget. Let's take a look at what some of the leading restaurateurs and chefs are anticipating from the Union Budget 2017.

Riyaaz Amlani, the CEO of Impresario Entertainment & Hospitality Pvt Ltd and also the President of the National Restaurant Association of India finds the current tax regime cumbersome for the restaurant industry. "If you give it a thought, this industry generates the maximum employment, whether structured or unstructured. There is no incentive given to the industry as such, whereas the tax levied is so heavy that a regular person ends up paying close to a whopping 30% tax over and above the total bill. This is bizzare! No where in the world do people pay so much for eating out. I hope the Union Budget 2017 ushers in good measures for the industry. We are expecting to get more clarity on the GST," shared Mr. Amlani.

"I would like to see the government support the food and beverage industry by reducing taxes and relaxing the regime a bit," noted restaurateur AD Singh.

"Our food industry churns out massive revenues and generates huge employment. Shouldn't we then be entitled to some kind of incentives? On the contrary, there are so many hurdles and roadblocks that discourage people from investing in the industry or starting something new. If startups are entitled to receive support and relevant benefits, then why is a new restaurant or a new concept not encouraged or supported by the government?" exclaimed Sabyasachi Gorai of Lavaash, New Delhi.

"There are many things that are crippling the restaurant industry. Laws are so stringent that it dampens the enthusiasm for starters and investors. I would be happy to see the government make conscious amends and roll out effective measures for the benefit and growth of the industry. We add a great deal to the economic growth of the country, attract tourism, and constantly weave a vibrant socio-cultural fabric of the country - we need active support and fillip," said Chef Abhijit Saha who owns several restaurants in Bangalore.

"Honestly, I am waiting for the GST to come into effect. We really need a single taxation method which would cover everything. I would want GST to include alcohol as well. It will make things much easier and seamless to function. I think GST will bring in more transparency in the system. Tax on basic products and commodities should not increase as it will lead to an increase in the overall cost of input," opined Zorawar Kalra, Founder and Managing Director of Massive Restaurants.

"GST rates must be common across the states. Right now different states have different tax rates which makes it very impartial. Alcohol is taxed differently. Service tax is different all over. I think GST policies should keep in mind all of this and bring everything under one umbrella. GST should bring some sanity to the system," added Chef Gorai.

Alcohol forms a crucial part of the dining and eating out experience. Separate alcohol policies and tax structures have left both consumers and restaurateurs disgruntled.

"The overall licensing and taxation policy is saddening when it comes to the industry. Alcohol is a completely different ball game altogether. We could really use some amount of relaxation," shares Chef Abhijit.

"There are so many restrictions when it comes to alcohol. Licensing is an issue, import is another and then there is the burden of the tax. The Union budget 2017 must redress all of these issues," noted Manish Mehrotra of Indian Accent.

"Nothing has been devised or planned by the government for the betterment of this industry. No measures, no policies - only stricter laws and a choking tax regime. I really want to see what the budget has in store for us this year," concluded Chef Saby.

"Every year our costs and rentals are going up. We are on the receiving end. We are hit constantly. Let's see what GST can get us," noted Chef Abhijit.

"I am more concerned about the import policy. I would like to see some amends there. Licensing should be made easy and hassle-free," Manish Mehrotra.

It is being speculated that the budget may initiate scrapping sugar cess and hike tax rates on fast food and sugary beverages. However, the true facts will only be unveiled on 1st February 2017 by the Finance Minister, Mr. Arun Jaitley. GST is slated to be rolled out later this year with at a speculated rate of 18%.