Viral Recipe: A Twitter user shared her mother's recipe for double coconut cake, and according to her the recipe was 'divine'. 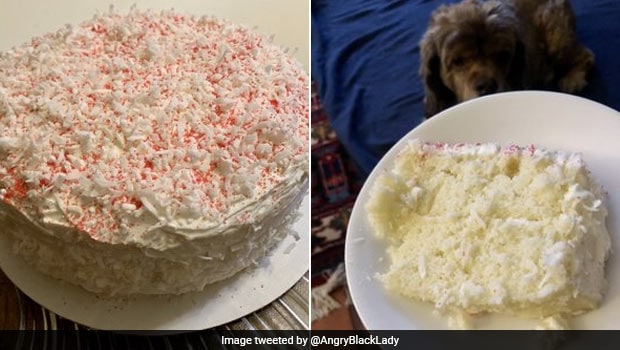 When it comes to indulgence, cakes are about as delicious as it gets. Layers and layers of soft, crumbly base topped with luscious buttercream icing - it doesn't really get better than cake. Coconut cake is one less-known recipe which not many people have tried baking themselves. But this refreshing and unique cake will surprise you with how delicious it comes out! A Twitter user took to the micro-blogging platform to share her mother's double coconut cake recipe, and it was a hit with foodies. Take a look:

My moms double coconut cake recipe if anyone wants it. She said I could share widely. pic.twitter.com/CPmNqU2cDe

The double coconut cake recipe that was shared by the user had a neatly printed out recipe dated December 2001 along with several notes scribbled along the sides. There were also remarks such as "Fabulous" and "Excellent" mentioned on top of the recipes. Along with the recipe for the cake, there was also a delicious coconut frosting that the user's mother had made for the cake.

The double coconut cake recipe went viral with foodies on Twitter, garnering more than 4.3k likes and counting. Netizens thanked the user and her mother for sharing such a wonderful recipe. Many wanted to try the interesting and unique creation after seeing how painstakingly the recipe had been curated.

Take a look at some reactions:

I don't even really care for coconut cake and this cake was divine. The frosting is unbelievable.

Nice. I make one every Christmas. You can tell a person is a good cook when they add their own notes in the recipe book.

You are a saint! What a lovely holiday gift for all of us.

(Also Read: Viral Red Velvet Cake Recipe: All You Need Is 5 Minutes And A Mug!)

What is the one cake recipe that is a must-bake dessert in your family? Tell us in the comments below and your recipe may get featured!