What Is Liquid Nitrogen and Is It Dangerous for Your Health? 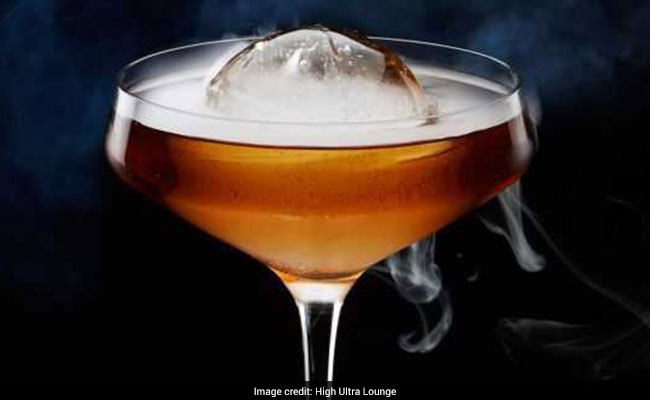 Highlights
Liquid nitrogen has enjoyed quite an outing in the culinary world. From fancy restaurants using it in creating a range of dramatic-looking delicacies and drinks to industries like the ice-cream manufacturing - liquid nitrogen is nothing novel to the world of gastronomy or otherwise. While some recent incidents may seem to have questioned the credibility of liquid nitrogen in edible items, we set out to understand it in its entirety and get expert opinion on how safe is it to consume liquid nitrogen.

What is liquid nitrogen?

In scientific terms, liquid nitrogen is colourless and odourless nitrogen found in a liquid state at its lowest temperature. The air is compressed and heated until the state of gas is transformed into a liquid form. An industrial process called fractional distillation is used to produce liquid nitrogen. One of the most characteristic features of liquid is that it freezes rapidly and thus, is commonly used to make ice-creams. It is also one of the few chemical substances that can be easily stored and transported from place to place.

Due to its convenient transportation and availability, liquid nitrogen is used in many culinary preparations. Molecular gastronomy is one such sphere, where the usage of liquid nitrogen is in abundance. Be it delicious desserts or fancy cocktails, you'll find many restaurants serving them with white cloud-like smoke that adds drama to your dish or drink. Nitrogen-ice creams are, perhaps, one of the quirkiest food trends. Since liquid nitrogen is so cold, it can easily freeze foods, almost instantly and therefore, it is used to make ice-creams that have a more velvety texture than those made using ice-cream machines. Besides this, packaged frozen food utilizes liquid nitrogen to retain the freshness of the items.

How safe is it?

It may be the trendiest element used in modern cooking, but is it safe or should we be concerned?

Promoted
Listen to the latest songs, only on JioSaavn.com
In 2012, Professor Peter Barham from the University of Bristol's School of Physics shared his opinion on the use of liquid nitrogen after a student had to get her stomach removed as she suffered an adverse reaction to liquid nitrogen. According to him, nitrogen is a harmless gas that is cooled to such a low temperature that it turns into liquid form. Liquid nitrogen is incredibly cold and therefore, proper safety measures need to be taken while handling it as it can cause frostbite and cryogenic burns just like the effects of steam or hot oil. He also suggested that one must never ingest liquid nitrogen and if your dish has been served with it, wait till the all the liquid evaporates before you consume it.

We asked Bangalore-based Nutritionist Dr.Anju Sood to clarify the same. She tells us, "Liquid nitrogen is an inert liquid, which makes it extremely stable. Talking about its chemistry, it does not require any electron to fulfil itself. Thus, it does not interfere with the ingredients in the dish or the drink that it is used in. However, the amount you add should be in accordance to the rules and guidelines of its usage considered to be safe. Once the liquid evaporates and turns back into nitrogen gas it may not harm you but you must never ingest it. In case, it is an unstable liquid, it can be dangerous."

CommentsAnother Delhi-based Nutritionist Dr. Tapasya Mundhra adds, "Liquid nitrogen can be unsafe if used with ignorance, but if you use it in the right way with the right technique, there may not be any harm. Therefore, the chefs and the servers at restaurants should be well aware about the usage and effects of liquid nitrogen."