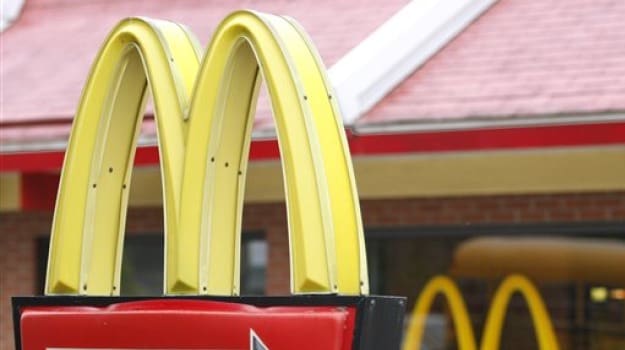 Troubled times don't seem to end for Mcdonald's, or probably for the customers who have been falling prey to inedible matter tucked inside their 'happy meals'. Last year has been quite bumpy for this fast food giant. After the food safety scandal in China, the company was seen dealing with its damaged reputation and falling sales. In the wake of such circumstances, Mcdonald's made some attempts to do away with its junk food image. Some of the recent reports tell us about the new ventures and resolutions that the company has been undertaking to rebuild its brand and trust among customers. (McDonald's profit falls)

Recently a couple of Japanese customers reported discovering pieces of plastic inside their McNuggets. Another customer in Japan found a vinyl strip in a chicken McNugget later, the same week. These incidents brought about a halt in nugget production at a plant in Thailand owned by Cargill Inc. The company recalled close to a million nuggets in a single day. However, Mcdonald's operator in Japan, Cargill Inc. has steered clear of any such claims. According to Chuck Warta, President of Cargill Meats, Thailand, "We are very confident that the plastic film in the nugget occurred outside of our production plant."

In Japan, Mcdonald's vested its nuggets supply with Cargill Inc. (in Thailand) after it thought that its Chinese supplier may be selling expired meat. Ironically, there have been continuous reports of inedible particles found in its chains across Japan ever since it has started working with the Thailand plants. They also had to deal with a major potato shortage early this year, adding fuel to fire. Industrial disputes on the United States West Coast affected the export of french fries, leaving Japanese restaurants scrambling to secure fresh supplies. Although, they flew in tons of potatoes and also arranged for an emergency shipment, yet they had to resort to serving small portions of chips to control the crisis.

(McDonald's Runs Out of Fries!)

From a dead mouse found in coffee in one its Canadian chains to dental material and human tooth discovered in fries, reports about food being served with hazardous, inedible material refuse to die. The plummeting sales is indicative of its damaged brand image and dwindling customer support.