Eating Chocolate May Be Good Your Heart. Here's How 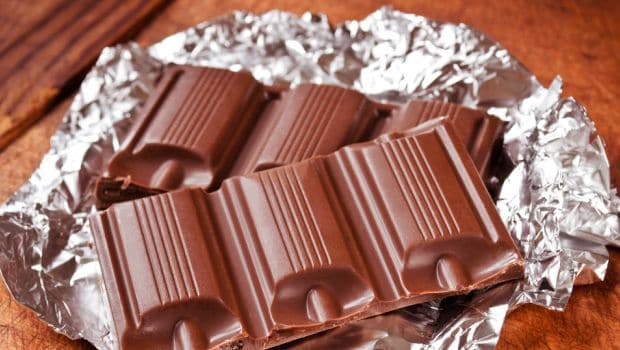 Highlights
Here's some respite for all the chocolate lovers. According to a new study, published in the journal Heart, chocolate may be good for your heart. Picture this: Somebody asks you to eat chocolates because they are healthy! Surprising, won't it be? Who doesn't love chocolates? But we're often guilty of gorging on the bar of silky, smooth treat fearing weight gain and consumption of excess sugar. Not anymore! A team of researchers from Harvard TH Chan School of Public Health and the Duke University Medical Centre have found that moderate consumption of chocolate may be linked to a lower risk of developing atrial fibrillation (AF). Read on to know how chocolates will lower the risk of heart flutter.

Atrial fibrillation refers to an irregular heart rhythm, often characterized by rapid heart rate and can cause poor blood flow that can lead to stroke, brain failure and can even become fatal if untreated. The most common symptoms of atrial fibrillation include heart palpitations, fatigue and shortness of breath or breathlessness. In the last few years, chocolates, especially the dark variety, has earned some praises due to the presence of antioxidants such as flavonoids and polyphenols that make it heart-friendly.

For the study, the team analysed data from more than 55,000 participants, aged between 50 and 64, from the population-based Danish Diet, Cancer and Health Study. The participants were allowed to consumption a certain amount of chocolate every week where one serving was classified as 30 grams. They were not asked to specify which type of chocolate they ate.At the start of the trial, all information on heart disease risk factors, diet, and lifestyle was obtained from the participants.

Their health was monitored with the help of the national registry data on episodes of hospital treatment and deaths during the period of 13 years. It was noted that 3346 new cases of atrial fibrillation were diagnosed.

The results showed that the rate of AF was lower for people who consumed chocolate regularly, when compared with individuals whose chocolate intake was less than one 30 gram serving per month. The results were similar for men and women but the amount of chocolate consumed varied. The positive impact was the strongest when women consumed one weekly serving of chocolate and when men consumed two to six servings of chocolate.

CommentsLastly, if you're worried about your weight, you shouldn't be! Dark chocolate has a high satiety value and therefore, it curbs cravings. It is also rich in MUFA'S (monounsaturated fatty acids) that are known to boost your metabolism and burn fat.