Load Up! A High-Protein Diet May Help Lower Blood Pressure 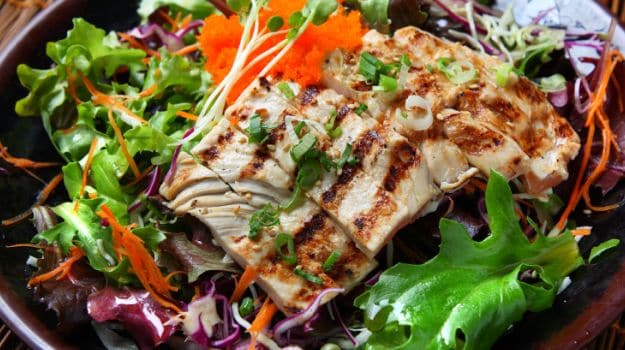 A new study has found that eating high-levels of certain proteins found in meat and plant-based foods can lower blood pressure and arterial stiffness leading to better heart health. According to researchers from the University of East Anglia (UEA), eating foods rich in amino acids, the building blocks of proteins, could be good for your heart.

This research shows a protective effect of several amino acids on cardiovascular health. The magnitude of the association is similar to those previously reported for lifestyle risk factors including salt intake, physical activity, alcohol consumption and smoking. Researchers investigated the effect of seven amino acids on cardiovascular health among almost 2,000 healthy women.

Dr. Shalini Singhal from New Delhi explain, "Besides good physical activity, a diet rich in potassium and fibre and low in sodium is recommended to a patient with high blood pressure. The latest addition to the list is a 'High Protein Diet'. Based on study findings, increased protein intake may be recommended to patients with hypertension to help reduce blood pressure levels. This may mean simply increasing protein intake or partially replacing simple carbohydrates, such as white bread,refined flour( maida) with soy, eggs or milk protein."(Sleep, Blood Pressure and Heart Disease: What You Need to Know)

"A high protein diet ( 25-30% of total calories) which is also low in simple sugars will help lose weight which in turn will help control BP. Research studies also report that High Protein Diet helps lower serum insulin levels, preventing sodium retention and angiotensin activation which might reduce cardiovascular risk by lowering BP. A diet comprising of 20 to 25% calories from proteins in recommended," she adds.

Researchers found strong evidence that those who consumed the highest amounts of amino acids had lower measures of blood pressure and arterial stiffness. The food source was important. A higher intake of amino acids from plant-based sources was associated with lower blood pressure and a higher intake from animal sources associated with lower levels of arterial stiffness.

“Beneficial daily amounts equate to a 100 gram salmon fillet or a 500 ml glass of skimmed milk," Jennings added in a paper appeared in the Journal of Nutrition. “We need to understand the mechanism to see if it is direct or via our gut microbes,” said professor Tim Spector from the department of Twin Research at King's College London.

Dr Niharika Ahluwalia stresses on following a balanced diet. It's good to have more proteins, but not just proteins. "Proteins are definitely needed but a lot depends on the type of protein you are having either it is animal protein or plant protein. If you have animal protein like fish and chicken it will be better to have it in a grilled or boiled form, and if you go for plant protein you should focus more on vegetables than pulses like Rajma (kidney beans) and Chana which increase your cholesterol and don't help in lowering blood pressure. It is advisable to have a balance diet of animal and plant protein," she shares.