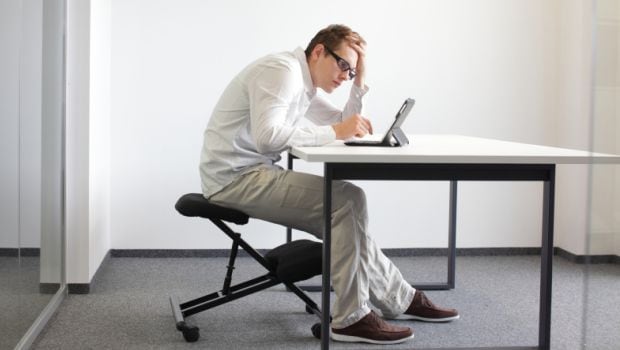 Highlights
Do you spend most of your time sitting? We're driving and sitting at our workstations, driving again and then glued to the couch. Prolonged sitting has long been blamed for giving rise to a host of health related issues. A recent study conducted by the British Heart Foundation reveals rather shocking facts about the levels of physical inactivity among the people in UK. There's no second opinion on the fact that obesity is one of the biggest perpetrators of a wide spectrum of lifestyle diseases such as diabetes, cancer and heart ailments.

Every year, close to 5 million deaths are attributed to physical inactivity. While processed food items are slowly making inroads into our lifestyle, lack of physical activity is another bane of urban living. Many international health bodies press for walking at least 10,000 steps a day, the World Health Organisation suggests at least 150 minutes of "moderate aerobic activity" and strength training on at least two days a week for adults. Experts suggest that an active lifestyle can reduce the risk of heart and circulatory disease by as much as 35%. Regular physical exercising can even cut the risk of early death by close to 30 percent.

Contrary to what most health experts preach, most of us tend to carry on with our sedentary lifestyle. Experts all across the globe now point at this lack of activity as the starting point of many severe health ailments. Over the years, research only show the world getting unhealthier, leaving the vision of a fitter world far behind.

A recent study conducted by the British Heart Foundation reveals shocking estimates of the levels of inactivity in the people in UK. Close to 20 million people in the United Kingdom are physically inactive and are therefore at a high risk of developing heart diseases and even premature death. The study suggested women to be 36% more inactive as compared to their male counterparts. Statistics show the regions in England where people are most physically inactive, with the North West coming out worst as almost half of the adult population - 2.7 million adults - are insufficiently active.

"Levels of physical inactivity and sedentary behaviour in the UK remain stubbornly high, and combined these two risk factors present a substantial threat to our cardiovascular health and risk of early death. Physical inactivity is one of the most significant global health crises of the moment," Dr. Mike Knapton, Associate Medical Director, British Heart Foundation.

Experts found that an average man in the UK is spending one-fifth of his lifetime sitting which would account to almost 80 days in a year. Physical inactivity is to blame for one in ten premature deaths from coronary heart disease in UK.