UK Gym Membership Spending Up by 44% 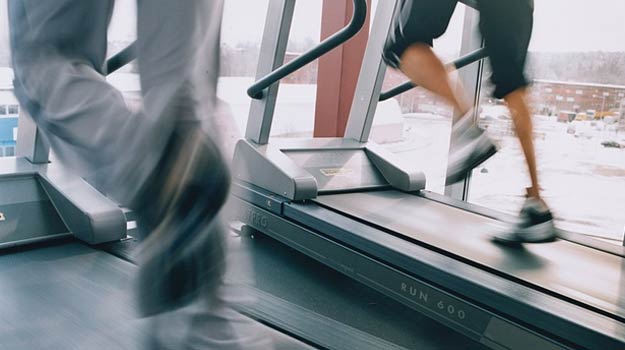 The research suggests that earlier reports of the demise of the gym may have been premature. Photograph: Johner/Getty Images

Consumer spending on UK gym membership has soared by 44% in the last year, figures reveal, driven by the growth in popularity of new, budget gyms which come without the expensive shackles of contracts that cannot be unlocked and hefty fees.

The research suggests that earlier reports of the demise of the gym " as the UK enthusiastically embraces cycling, park runs and open water swimming " may have been premature. In June Sport England reported the first fall in the number of people going to gyms or keeping fit in the privacy of their own homes " by 153,000 to 6.56 million " but the latest figures indicate they are being more pro-active.

Discerning and health-conscious consumers are demanding more flexible ways of improving their fitness, research has found, as they take advantage of new technology such as apps and wearable devices " effectively virtual personal trainers " alongside traditional gym facilities.

The data is published by Cardlytics, which monitors consumer spending on debit cards, credit cards and direct debits, based on analysis of 5.5 million accountholders. It looked into the spending behaviour of gymgoers in the eight weeks prior to them joining a gym, and the first eight weeks of their membership.

The findings paint a picture of a nation of growing numbers of gymgoers, who are in turn spending more money across the board. At specialist health stores, for example, spending among gymgoers jumps 55% in the two weeks prior to them starting their membership, while shopping at sporting goods stores rises by 96%.

Spending on eating out steadily increases by 27% in the eight weeks leading up to a gym membership beginning, and remains higher by 15% during the first eight weeks of consumers becoming active. In their first week of active gym membership, consumers spend 34% more at fashion retailers. Supermarkets also see an uplift, with an 11% increase in spending.

The popularity of budget gyms, including Pure Gym, EasyGym, Anytime Fitness and DW Sports, are driving the increase, Cardyltics said, with a a 66% rise in monthly expenditure by the 5.5 million individuals, from "£101,000 in May/June last year to "£167,000 the same time this year. But mid- and top-tier gyms, such as Virgin Active and Holmes Place, are also seeing results, with spending rises of 22% and 14% respectively.

Jill Dougan, managing director of Cardlytics, said: "This data shows that British consumers aren't the only ones improving their figures, as UK retailers across the country benefit from a focus on fitness. A gym membership can lead to higher levels of spending across the board on social activities, new clothes and healthier products."

A new study by the research analysts Mintel has confirmed the boom in budget gyms, pointing out that while the UK's recession was the catalyst for polarisation within the private health and fitness club industry, budget gyms have successfully targeted the lower end of the market with aggressively priced membership.

Mintel said: " Nearly four-fifths of UK adults have set themselves at least one health or fitness goal, yet only 12% currently use a gym. However, the indications for the private health and fitness club sector remain promising, with the continued rise of budget gyms helping to break down the barriers associated with more established clubs " namely cost, location and the commitment of entering long-term contracts."

Related: I'm exhausted from trying to pause a Bannatyne gym contract for Ramadan

Its study said the rise of wearable tech had given consumers a more proactive way to manage their health. Buoyed by the increased availability and popularity of health-related apps such as Apple's HealthKit, fitness apps such as Strava and wearable tracking devices like Fitbit, it said 54% of consumers are interested in monitoring different aspects of their daily activity or wellbeing.

A number of gyms now support "360-degree" tracking services that take into account members' exercise performed outside the gym, as well as their nutritional intake.

Tim Cook, partner at OC&C Strategy Consultants and an adviser on the leisure sector, said: "The traditional gym is no longer sustainable. We estimate that emerging "value gyms', including the likes of Pure Gym, are likely to make up 30% of the private gym market in the next three to four years."