Delhi Government decided to help revive the food industry and has now allowed the restaurants to run round the clock. Restaurants welcome the decision. 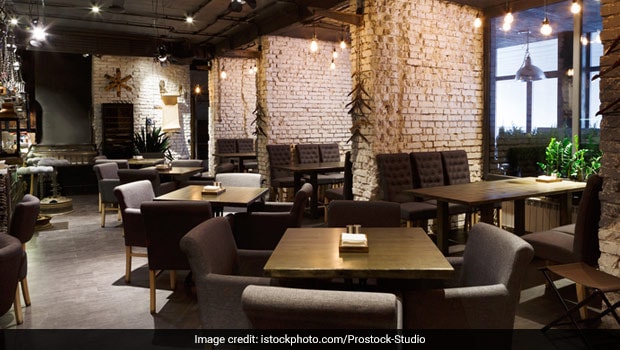 Delhi restaurants are now allowed to remain open round the clock.

Businesses across the globe took a hit during the period of lockdown imposed due to Coronavirus. Restaurants had to suffer a lot as they had to shut down completely during the initial months, and later saw a major drop in visitors staying home to keep themselves safe. Taking cognizance of the plight of the restaurant business, Delhi Government decided to help revive the food industry and has now allowed the restaurants to run round the clock. This and more leverages are being given to restaurants operators across Delhi as per the recent statement issued by the government.

The meeting, in which this landmark decision was made, was called by Delhi Chief Minister Arvind Kejriwal and was attended by senior ministers and members of the National Restaurant Association of India (NRAI).

The statement issued by the Delhi Government said: "On the request of restaurateurs to allow 24x7 business, it was agreed that restaurants will be allowed to operate at all hours subject to the condition that they submit an undertaking that they will take care of the health and security of their entire staff."
The decision comes close on the heels of Mumbai government allowing restaurants in Mumbai to remain all day, all-night, in the light of the 'Unlock' phase in progress.

Besides letting restaurants open 24x7, a requirement of tourism licences, police licenses and health trade licenses from local bodies was abolished in a move to end "permit raj". Municipal corporations have also been asked to do away with the health trade licences issued to restaurants, within 10 days. According to the officials, these steps will set an example of the 'Delhi Model' of ease of doing business, and will also help generate employment.

"Delhi's restaurants are the pride of Delhi and provide employment to lakhs of people. I have directed all respective departments to remove unnecessary hassles in the smooth running of restaurants," said Arvind Kejriwal.

This is great news for foodies like us, but restaurant owners are overjoyed. See how they are reacting and applauding the move:

Thank you Hon'ble CM, Shri @ArvindKejriwal and officials of various other departments of the Delhi Government for a fruitful meeting and assuring the revival of the Restaurant Industry in Delhi. ???????? https://t.co/CGaJMQpLVy

Amazed by the speed and decisiveness of the Delhi government. @ArvindKejriwal and @msisodia Unshackling hospitalitity and tourism will go a long way in the speedy recovery of our livelihoods and jobs deep gratitude from everyone at @NRAI_Indiahttps://t.co/VatpHhtRve

A very active and positive day for the F&B fraternity and @NRAI_India. While one team of ours met Shri @ArvindKejriwal regarding Ease-of-doing-Business initiatives, another team met up with @OfficeofUT in Mumbai for reopening of restaurants in Maharashtra. #SaveRestaurantspic.twitter.com/SlJjRzAZdc

Joy Singh, Co-partner of Raasta & Yeti restaurants said, "It is indeed a positive move by the Delhi Government at the much-needed time. These reforms will help the hospitality industry grow, stabilise and sustain. By abolishing the ''permit raj'' it will be easier and faster to get the licenses. We would be able to work in peace and focus on our business rather than being busy half the year acquiring or renewing different licenses.
I would agree that promises have been made earlier as well by the previous governments but this time it has a deadline attached to it. The Chief Minister himself made a public announcement, so we are much hopeful for the announced reform. We look forward to the progressive approach of the current government. With the new structures & norms, the industry will become safer and more productive. We can't wait to take it to the new heights."

Jatin Mallick, Chef & Co-owner, Tres remarked, "This initiative could not have come at a better time, with the entire industry suffering to the brim. The hospitality sector has been much neglected in the past and with such constructive decisions being made, there is hope for a brighter future. These reforms will defiantly promote ease of doing the business. Having said that, I urge the government to take some further measures to boost the demand in the hospitality industry. This could be achieved in certain ways such as relaxation of GST and easier policies such as the allowance of food trucks and updation of alcohol policies. To fight the current dip, it's very important to find ways to allure consumers, boost their confidence to maintain constant cash flow. However, this is the first step towards many and we hope that the process keeps on becoming easier, helping us in serving the people to the best of our abilities and reviving the industry at large."

Vishal Anand, Director, Moonshine Food Ventures said - "Restaurant Industry has been under the permit raaj for a long time but this is a welcome move by the Delhi Government. We need to wait how this unfolds but this is indeed a very positive move to make Delhi a world class food & nightlife destination. This step will definitely give a much needed boost to the much affected F&B industry and create a positive business environment, which is the need of the hour."

Nikhil Arora, Co-Founder, The Tummy Section, Delhi said, "This decision will be a game changer for the hospitality industry. Restaurant Industry is one of the most affected industries during the pandemic and this move by the Delhi Government will benefit not only the owners but employees too as it will bring in lots of new employment opportunities specially for the youth and earn a bit extra. This decision will help in to get some more unique concepts by young restaurateurs & entrepreneurs in F&B industry which will be great to watch in coming months."