Do You Eat Walnuts Regularly? They May Help You To Have Sharper Mind In Old Age

A study found that walnut consumption by healthy elderly adults had little effect on cognitive function over two years. 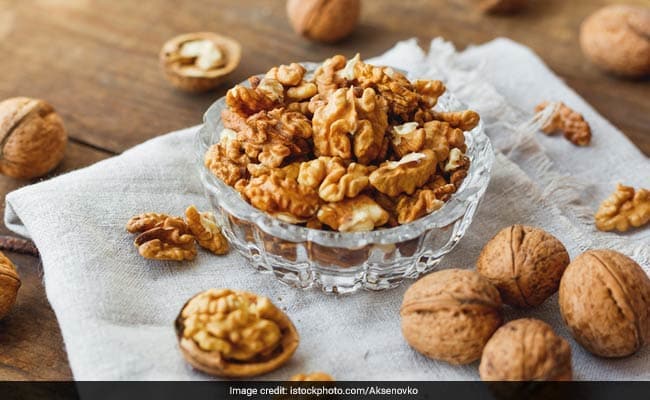 Eating walnuts may help in slowing down the cognitive decline

Over the years, walnut has proven to be a superfood due to its high nutritional value. To begin with, walnuts provide healthy fats, fibre, vitamins and minerals to support us to lead a healthy life. Earlier, a study revealed that daily consumption of walnuts help in healthy ageing and improves the blood cholesterol levels. Walnuts also help in maintaining good gut health. The findings from the Walnuts and Healthy Aging (WAHA) study were presented at Experimental Biology 2016 in San Deigo, US. But that's not all. A recent research has suggested that eating walnuts may help in slowing down the cognitive decline in at-risk groups of the elderly population.

The study, published in the American Journal of Clinical Nutrition, found that walnut consumption by healthy elderly adults had little effect on cognitive function over two years. On the other hand, it had a greater effect on elderly adults who had smoked more and had a lower baseline neuropsychological test scores.

"While this was a minor result, it could lead to better outcomes when conducted over longer periods of time," said study researcher Joan Sabate from Loma Linda University in the US, as per an IANS report. Sebate added, "Further investigation is definitely warranted based on our findings, especially for disadvantaged populations, who may have the most to gain from incorporating walnuts and other nuts into their diet."

The study examined nearly 640 free-living elders in Loma Linda, California, US, and in Barcelona, Catalonia, Spain for two years. One group included walnuts in their daily diet, and the other group abstained from walnuts.

Walnuts contain Omega-3 fatty acids and polyphenols, which have previously been found to counteract oxidative stress and inflammation, both of which are drivers of cognitive decline, the researchers said, adding that this was the largest and most well-controlled trial ever conducted on the effects of nuts on cognition.

On that note, Sabate and his research team were the first to discover the cholesterol-lowering effect of nut consumption, specifically walnuts, with lowering blood cholesterol, which was first published in the New England Journal of Medicine in 1993.