Eat This Low-Calorie Fruit Every Day For Good Heart Health 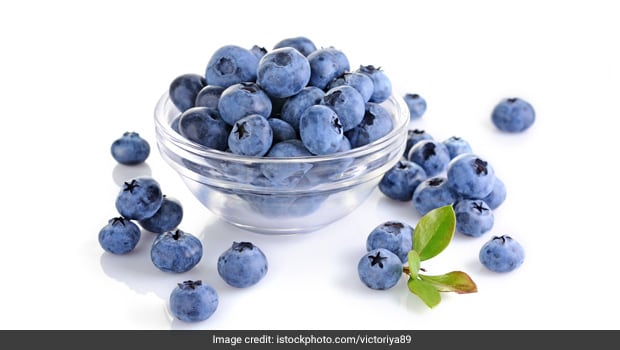 Blueberries have a rich nutritional profile and are replete with health-benefiting properties. They are known as 'the king of antioxidants', which affirms that this fruit helps the body stay healthy and free from diseases. We have always been advised to eat blueberries for their general benefits but now we have a strong reason to really do so. A recently conducted study states that eating a cup of blueberries everyday boosts cardiovascular health. The researchers claimed that blueberries and other berries like strawberry, raspberry and mulberry, should be added to everyday diet to prevent heart problems like heart attack; especially for people falling in the at-risk groups. The findings of the study were published in the Journal of Clinical Nutrition.

Blueberries contain a naturally occurring compound called anthocyanin, the flavonoid that gives the fruit its dark blue colour. If earlier studies are to be believed, people who ate blueberries regularly were less prone to diseases like Type-2 diabetes and cardiovascular ailments.

The team of the latest study assessed the effect of eating blueberries in 138 overweight and obese people, aged between 50 and 75, suffering from Metabolic Syndrome. This is a condition, said to inflict 1/3 of westernised adults. The syndrome shows three or all of these symptoms - high blood sugar, high blood pressure, accumulation of  body fat around the waist, low levels of 'good cholesterol' and high levels of triglycerides.

Lead researcher Aedin Cassidy, professor at the University of East Anglia said, "Having Metabolic Syndrome significantly increases the risk of heart disease, stroke and diabetes and often statins and other medications are prescribed to help control this risk. It's widely recognised that lifestyle changes, including making simple changes to food choices, can also help."

(Also Read: 8 Most Important Nutrients For A Healthy Heart)

The 6-month long study discovered that eating one cup of blueberries per day led to considerable improvement in vascular function and arterial stiffness. The researchers concluded that blueberries bring down the risk of heart ailments by as much as 15 per cent.