Is Perception Of Healthy Eating Related To Food Texture? Find It Out

A recent study says that texture of a food can also change the perception of a person regarding healthy eating. 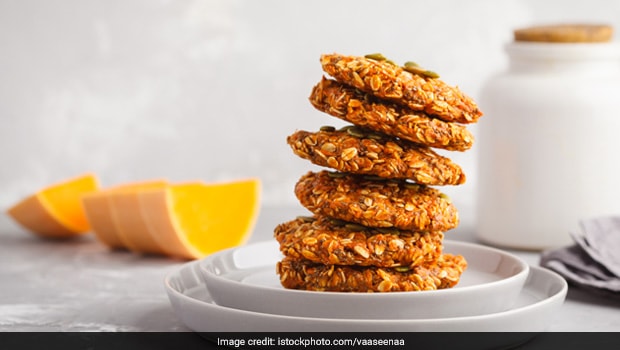 Look does matter a lot when it's about food. Many of us get attracted to a particular food just by its texture or look. But the story doesn't end there. A recent study, published in the journal - Food, says that texture of a food can also change the perception of a person regarding healthy eating. Conducted by researchers of Anglia Ruskin University, the study has demonstrated how food producers can change the surface textures of food products for changing the perception of people and for promoting healthy eating.

The researchers conducted an investigation on perceptions of 88 people with identical oat biscuits in six different textures to find out how a food product can be perceived on the basis of its different appearances. They were asked to rate the biscuits on taste, healthiness, pleasantness, crunchiness, chewiness and the likelihood of purchase on the basis of only their visual appearance, and not on their taste or touch.

As per the report in ANI, the experiment found that the surface texture of the biscuits communicated to people about how healthy it was and participants viewed the biscuits having explicit or pronounced texture as healthy. On the other hand, biscuits with less explicit texture were perceived crunchier and tastier.

"The findings are really exciting as they give food manufacturers a means to design foods that can help consumers make healthier choices. A sweet item, such as a biscuit, benefits from having an appearance as being less healthy as that increases the perception of tastiness and increases the likelihood of purchase," said the lead researcher, Dr Jansson-Boyd.

"To guide healthier purchasing decisions, food producers can, therefore, look to use non-healthy looking, smoother textures to overcome this perception that healthy is not tasty," Boyd added.

It was concluded in the study that the perceived taste of a food increases with the decreasing healthy quotient in it and the likeliness of purchasing them increases with it.

Other than finding its conclusion, the study also reminds us the very old saying, 'appearance is deceptive'. Hence, we must think before we perceive. Have a good day!

Weight Loss: These 5 Kitchen Essential Indian Spices May Help You Manage Weight
This Environment-Friendly Ice Cream Made From Insects Is Going Viral. Will You Try It?