Even though Katrina tweaks her diet according to her roles, but otherwise also she likes to eat clean, healthy and simple food, and her Thursday lunch is proof. 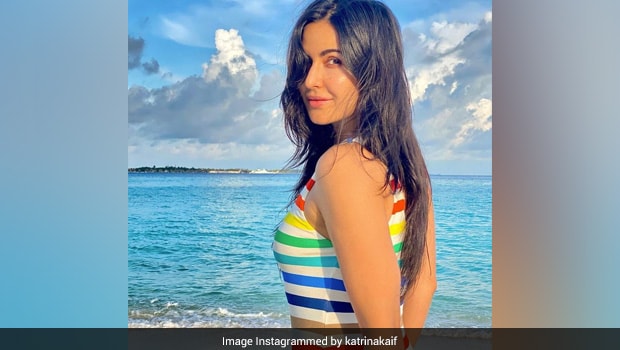 Katrina Kaif was last seen in the blockbuster 'Bharat'

Katrina Kaif is one of the fittest actors of Bollywood and what would we not do to steal a few of her fitness and diet secrets. Katrina Kaif is known to encourage her peers to sweat it out in the gym too. In many interviews, Parineeti Chopra and Alia Bhatt have admitted that they are a wee bit intimidated by the actress as she would never go easy on them if they are working out together. Even though Katrina tweaks her diet according to her roles, but otherwise also she likes to eat clean, healthy and simple food, and her Thursday lunch is proof.

(Also Read: Katrina Kaif Just Revealed Her Favourite Indian Dish- Can You Guess What It Is?)

Katrina Kaif took to Instagram on Thursday to give us a sneak peek into her lunch. The actress' plate featured a bunch of our all-time favourite North Indian treats like palak dal, dal cheela and baingan bharta. She also managed to keep her carbs and calories in check by including a portion of baked Shimla mirch and aloo instead of the regular fried preparation. Her lunch looked like a colourful medley of vitamin, fibre and protein. And you thought dieting was a bland and boring affair? You can see the picture of her loaded lunch here:

Katrina Kaif has a slew of interesting projects lined up ahead of her. Katrina will next appear in Rohit Shetty's action film 'Sooryavanshi' alongside Akshay Kumar, Ranveer Singh and Ajay Devgan. The film is shot and complete and the makers are eyeing a suitable release date for the multi-starrer.  She will also feature in the comedy horror film 'Phone Bhoot' opposite Siddhant Chaturvedi and Ishaan Khatter.