Sonam Kapoor visited a London bakery, and she chose to treat herself with a huge chocolate in the shape of a Hound! 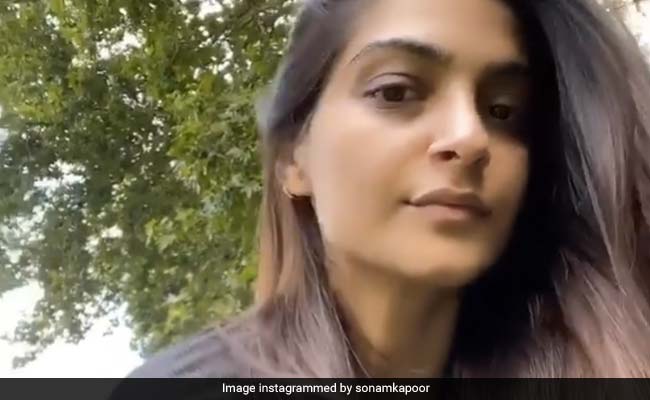 If only it was chocolate-o-clock every hour of every day! People with a sweet tooth cannot get enough of the decadent delight, and can savour it in any form - be it drink, dessert or even main course. Sonam Kapoor is also one such self-confessed dessert-lover who lets her hair down every now and then and indulges herself in what she truly loves to eat. Although Sonam Kapoor admits to cutting back on sugar, even she couldn't resist a delightful chocolatey treat while in London. Take a look:

Sonam Kapoor and Anand Ahuja had recently shifted to their London home post the easing of restrictions due to the Coronavirus pandemic. She visited the bakery at the Connaught in London, which she referred to as the 'Most beautiful patisserie in London'. There were a number of sweet treats on display at the bakery, but Sonam Kapoor's choice truly surprised us. The actor chose to treat herself with a huge chocolate in the shape of a Hound! Take a look at the pictures:

The delicately crafted chocolate creation was made to look like the Hound dog, which is traditionally a hunting companion. Sonam Kapoor shared a photo of the dog on her Instagram profile, and confessed that she ate this interesting creation on her visit to the bakery.

The drool worthy chocolate looked so good, even we wanted a bite of it! What about you? We hope to see more such snippets from Sonam Kapoor's foodie diaries in London!