Many politicians and brands took a dig at Donald Trump, including Indian food delivery app Swiggy - whose witty response won the internet. 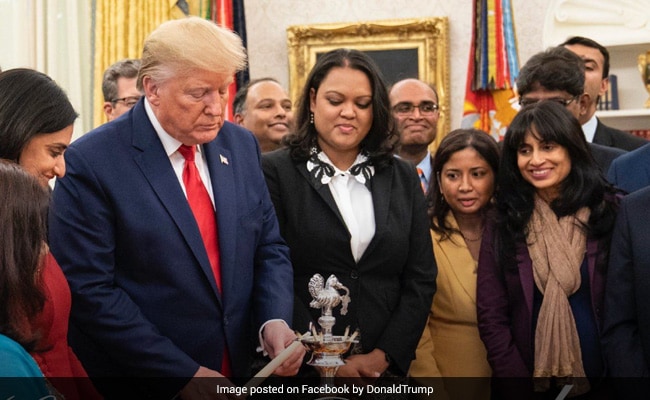 The US Elections 2020 have drawn to a close, with Joe Biden being declared the 46th president-elect of the country. However, his Republican opponent and incumbent President Donald Trump has refused to accept the results of the election. Trump has gone to great lengths to prove his 'win', but netizens have had enough of his deplorable antics. His latest tweet claiming he won the US Elections, has, in fact, become an internet joke. Many politicians and brands took a dig at Donald Trump, including Indian food delivery app Swiggy. Take a look at their tweet:

Donald Trump tweeted, "I WON THE ELECTION," in all capital letters from his personal handle. Twitter promptly labelled as a disputable piece of information with a warning that "Multiple sources called this election differently". Swiggy India then responded to this claim with another hilarious lie of their own, proclaiming, "AND VEG BIRYANI IS INDIA'S NATIONAL FOOD!"

The tweet garnered more than 13k likes and thousands of comments on the micro-blogging platform. User's loved the funny dig at Donald Trump's claim and how Swiggy India used the tweet in a witty way to their advantage. Take a look at the reactions to the tweet:

AND on Diwali no one burst crackers in Delhi !!

Love you @swiggy_in. Thanks for standing by the truth ✌

Apart from these reactions, netizens had something to say about the choice of dish used in Swiggy's tweet. Many users started contesting the term 'Veg Biryani' that Swiggy used. Ardent devotees of Biryani argued that there was no such thing as Veg Biryani, as in fact, the vegetarian version of the dish didn't exist. Others contested this saying that the name of the dish was anyway not the main focus of Swiggy's witty tweet.

Its hilarious, the amount of people who can't seem to get the sarcasm.

Folks, Swiggy is comparing Trump's false claim to another false claim. The Biryani Purists can stand down, chill.

What did you think of the tweet by Swiggy India? Tell us your thoughts in the comments below!