Paneer Tikka Goes Viral On Social Media: Here Are Some Of Our Favourite Paneer Tikka Recipes

Paneer Tikka Recipe: The 'Paneer Tikka' Pramila Jayapal shared did not go down well with netizens. Here's our favourite recipe to make it. 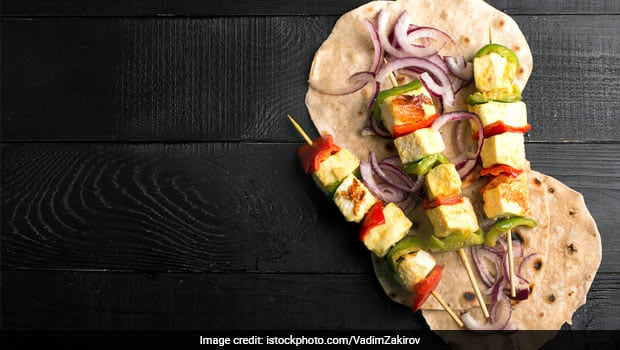 The year 2020 is not just the year of bizarre occurrences but offbeat food trends as well. The year began with heated debates around which biryani is the best, followed by recipes such as Dalgona coffee and banana bread that went viral in lockdown. Recently, the classic Tandoori snack - Paneer Tikka - caught the eye of foodies on social media. There was actually quite an interesting story behind why Paneer Tikka found itself a place in the trends online. Take a look at the tweet that started it:

Even as the final result of the US elections is awaited, Indian-American congresswoman Pramila Jayapal shared a picture of some comfort food she made at home. However, the 'Paneer Tikka' she shared did not go down well with netizens. It had a thick gravy of onion and tomatoes with the paneer chunks, whereas the original dish is supposed to be a dry appetiser without the gravy.

Jayapal found herself being heavily trolled by Indian foodies, who called her out for wrongly identifying the recipe she made. She later clarified the mistake, sharing the 'Paneer Tikka Masala' recipe which she had followed. "You can either eat the tikka on its own, or add the masala (sauce) which is like a curry," wrote Jayapal in her tweet.

Paneer Tikka can be made in a number of ways at home.

So, what is the right way to make Paneer Tikka at home and what recipe should you follow? Our chefs and experts suggest a yogurt-based marinade for the cottage cheese cubes. The array of spices used in the correct proportions to make the dish is key to getting the flavours of the Tikka right. Click here for the full recipe of classic Paneer Tikka.

If you are short of time and want a quicker version of the Tikka which can be made in a microwave, we have a recipe for that too! Click here for the recipe of microwave paneer tikka.

And if you are in the mood to experiment with your Paneer Tikka recipe, we have a number of delicious recipes for that too! From a luscious Malai Paneer Tikka to a yummy Paneer Tikka Roll - take your pick from this list. Click here for the recipes.