Viral Twitter Post: Kaju katli chicken soup, a bizarre food combination, is making waves on the internet for all the wrong reasons. Here's how Twitterati are reacting: 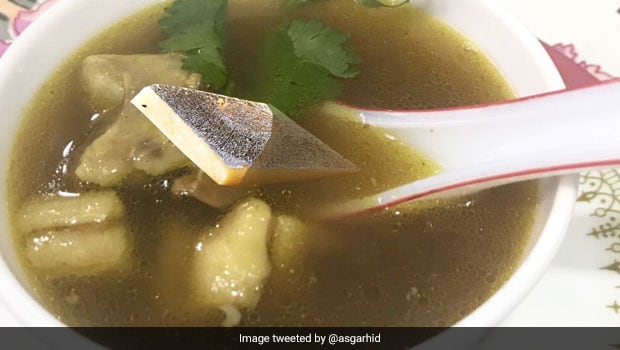 The year 2020 has been, and probably will be, the most catastrophic one of our lifetime. If the pandemic wasn't enough to upheaval our lives, scores of bizarre food combinations on the internet tore our heart apart into million pieces. We somehow survived the horrors of 'Biryani with Rosogolla', 'Chocolate Maggi', 'Ice Cream Pav' and more such food disasters that made waves on the internet for all the wrong reasons. The recent viral pictures of kaju katli chicken soup pushed us to our wit's end.
Please stop, already!

Kaju katli chicken soup is infamous on Twitter now and nobody seems to be impressed with the novelty of this dish. Kaju katli and chicken soup are poles apart as meals, and bringing them together could only spark furore among the Twitterati.

Several funny memes funny jokes are being dedicated to this bizarre food combination on the microblogging site. Well, they at least managed to lighten up our mood. Some users called it as an insult to the evergreen kaju katli and some saw it as straight-up crime against it, while many just found it funny.

First time in the Indian market:

The viral post ruined two of our favourite foods for us. Pleasing our sweet tooth with traditional Indian sweet kaju katli, and warming ourselves with protein-rich chicken soup, will never be the same again! To all the self-proclaimed creative food innovators churning out one strange food combination after another, please note we just cannot take it anymore.