Shilpa Shetty is back with her Sunday binge, this time from London with a stack full of pancakes. 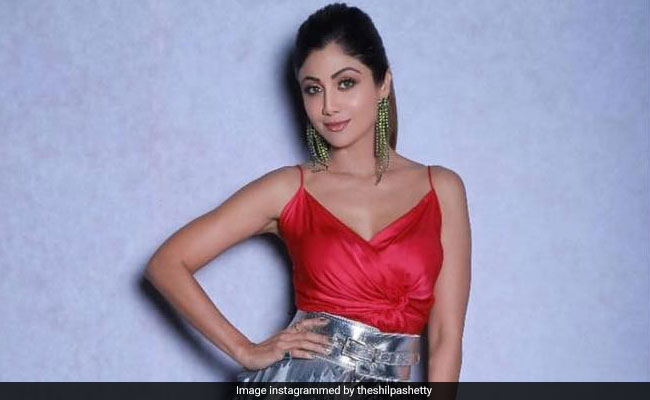 Fitness icon and popular Bollywood actor, Shilpa Shetty dons many hats and has won millions of hearts around the globe with her fabulous performance and blockbuster movies time and again. The fitness enthusiast has always promoted yoga as a way to keep fit along with a YouTube channel where she regularly posts healthy recipe videos. The Bollywood diva has an infectious vibe that can make even the most lethargic of 'couch potatoes' to exercise through her fitness and exercise videos. But there's also another side to the actor that is equally popular among her fans, and that is the 'binge queen'.

A bonafide foodie, Shilpa Shetty posts one binge video every Sunday where she indulges in sinful and delicious treats. A vocal proponent of benefits of such occasional cheat meals, Shilpa also professes eating healthy during the rest of the week and strike a balance. For this week's Sunday binge, Shilpa, who is currently holidaying in London for the festive season with her family, chose to have a sinful breakfast binge, full of pancakes. She posted a video on her Instagram handle with the caption, "Eating breakfast like a queen in the Queens country.. In London and today is Sunday breakfast binge at #fego. Attacked a stack of Pancakes, French Toast, eggs with mashed avocado and smoked salmon.. now I need a crane to lift me. But 'tis the time to be jolly.. fa lalalalala. #Foodcoma #sundaybinge #londondiaries #love #prechristmasbinge #instafood #sundayfunday."

Shilpa was seen enjoying this sumptuous breakfast binge with her family, including her sister Shamita Shetty, who seemed equally captivated by the French toast. Joining them was Shilpa's husband Raj Kundra and son Viaan Raj Kundra. In the video Shilpa says, "When you are in London, this is a staple." Sitting pretty besides a stack of pancake, maple syrup, bananas and berries, Shilpa is surely giving us major breakfast goals. Seems like the holiday season has already begun for the family! While Shilpa might shed those Sunday calories the very next day, it might take us some time to satiate our cravings for such delish pancakes.