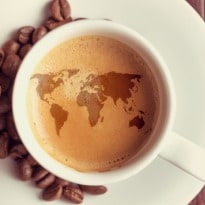 From snow-speckled peaks that crown the country to the lazy backwaters down south, from the earthiness of the east to the spunk of the west, India offers a variety of mind-stirring backdrops for foreign tourists. While the tourism industry is blossoming year after year, growing as the latest trend of 2014 are food tours.

According the World Food Travel Association (WFTA), food tourism is "the pursuit and enjoyment of unique and memorable food and drink experiences, both far and near."

A global report on Food Tourism issued by the UN World Tourism Organization states that "over a third of tourist spending is devoted to food" which shows how important the cuisine of a destination is. It also mentioned that food events are the most popular gastronomic activities, which is why thousands of enthusiasts flock to say an Oktoberfest in Germany or a La Tomatina in Spain.

Besides the Indian charm, tourists are stepping in to explore the food culture of the country. It's just not the breathtaking landscapes but also the finger licking flavors that gets them salivating.

Tourists are now looking to marry two of the most exciting things - travel and food. Various culinary journeys are being organized throughout the country that leave the travelers with fond food memories.

These tours include a lot of food adventure like eating in the most popular restaurants, exploring fresh food markets, trying local ingredients, traveling with a chef and even cooking classes. Today, tourists want to experience and live the culture of the city instead of being mere sightseeing visitors. Cultural consumption is the key here.
"It's not just the tourists but locals also engage in such food tours. It's great to explore the food scenario of the city that you live in. In fact, there are so many people who travel across countries and states just to try new cuisines. People are looking to appreciate and understand regional food," says Gurucharan DJ from PoshVine which organizes such tours.

"With tourists the breakfast and street food walks work really well. Coorgi/Mangalorean cuisine, Awadhi & Mughlai cuisine, the famous Akbar Road in Lucknow, the local dhabas in Punjab and the Old Delhi street food are complete crowd pleasers. Hyderabad, Rajasthan, Mumbai, Kerala and Kolkata are also some of the foodie hotspots in India," he added.

Food tourism has shifted gears from gourmet dining to local tasting. Indians are also opening up to the idea of traveling for food. There are tours where one can stay with a local family, go shopping for groceries, cook with them and imbibe their culture. France, Vietnam, Cambodia, Spain, Italy, Singapore, Mexico and California are some of the emerging gastro destinations for backpackers.

As far as Indian food is concerned we know how it has traveled far and wide and created fans across the globe. Here's my bucket list of the top foods that are dangerously desi and truly 'Made in India' -

India is an Epicurean's delight where every region writes up a new menu. This is just a subjective listing of few of the most popular Indian dishes. With fresh ingredients, local masalas and the traditional tadkas, Indian cuisine bristles with a lot more.

CommentsStroll through the food markets, eat your heart out at the street food havens, cook up an authentic meal or take a peek inside the local pantry. I know where my taste buds are taking me this summer. What about you? If you could sit down for a meal right now, in any part of the world, where would it be?
P.S. Click on the Indian dishes to see the recipes.