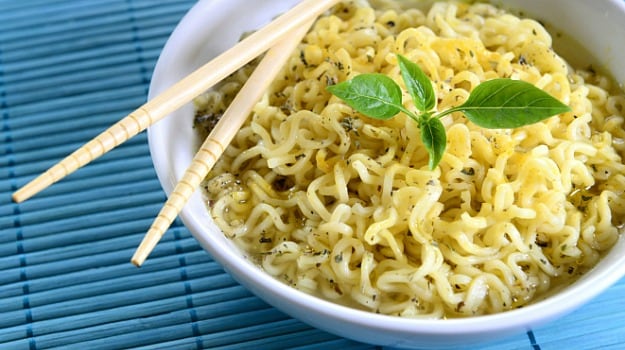 A month after the Maggi Noodles ban took the country by storm, retests ordered by the Food and Drugs Administration (FDA) found the samples to be safe. Five samples of Maggi noodles sent to a central government-run laboratory in Karnataka for re-analysis have been found safe for consumption, a top health official said on Tuesday but he also refused to give it a clean chit.

As reassuring as this news is, for consumers and shareholders alike, Salim Veljee, Director of the Food and Drugs Administration (FDA), said the negative result did not necessarily mean a clean chit for the company's product because of contrary findings made by other state and central government laboratories. "The samples of these noodles were subjected for a re-analysis of the said five Maggi noodle products at the Goa State Pollution Control Board laboratory at Patto, Panaji and the results of the analysis were found to be consistent with the findings of the Goa FDA Lab in declaring the lead contents to be below the permissible limit of 2.5 ppm and negative for MSG," Veljee said.

On the instructions of the Food Safety and Standard Authority of India, which described the tests conducted in Goa as not up to the mark, fresh Maggi noodles samples were then sent to the Central Food Technological Research Institute in Mysore, Karnataka for another round of tests, which have only now confirmed the Goa FDA's results.

"CFTRI reports re-confirm the consistent analytical results findings of the State FDA Goa laboratory, in which all the said five samples of Nestle's Maggie are declared to be conforming to the requirements of the Food Safety and Standards Rules/Regulation 2011," Veljee said. Lead in all the five samples was "reported to be well below the permissible limit as well as negative for the MSG in the said samples, which analysis was performed separately on the noodles and taste maker", he added.

Encouraged by these recent findings, shares of Nestle India rose sharply by over 10 per cent. The shares of the company jumped 10.17 per cent to Rs 7,000 on BSE. On NSE, the stock rose 10.19 per cent to Rs. 6,998. Maggi used to contribute around 22-25 per cent to the company's topline and 30 per cent to its company's profitability, according to Kotak Institutional Equities. Last month, the company reported its first quarterly loss in at least a decade after many states in India ordered a ban and the country's food safety regulator ordered a recall of Maggi products.

A popular daily also reported that Nestle India is considering beefing up its advertising spends dramatically, to overcome its recent fall in profits. They reported that the company, that has traditionally been conservative about advertising-in 2014, the company spent just 4.48% of sales revenue on advertising and promotion, was looking at increasing the spends to gain back market share.

Industry analysts agree that this is one of the strategies that Nestle India may employ to get their balance sheet back on track. Nestle India Ltd will also focus on growing its dairy, coffee and confectionary businesses, its new boss said. Suresh Narayanan, who was named managing director of Nestle India last week, said his priority would be to expand other business segments to reduce the company's reliance on Maggi.