World Environment Day 2015: What Restaurants are Doing with Their Leftover Food 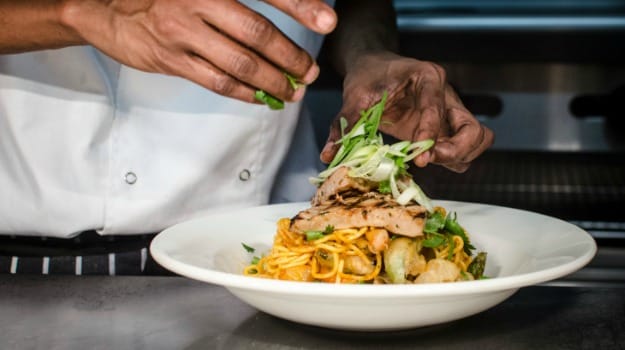 Sitting across the table from a person that wastes food is something that really drives me up the wall. Not because it gets me thinking of the hungry in other developing countries, but of the ones living on the street right outside the very restaurant. If you're someone that follows the news, at least partially, then you'll know that India is home to the world's largest number of hungry people. India's malnourished people account for 15 percent of the country's population, which by the way translates to 194.6 million people.

(Why You Must Include Seasonal Produce in Your Food)

The 2014-2015 Global Hunger Index (GHI) puts India at rank 55, which might be an improvement from how we ranked in 2013 but the sad truth is that we're still part of a country where the richest 10 percent of the population holds three quarters of the country's wealth. India is largely plagued by poverty, huge income gaps, almost no food security and high food wastage.

Underestimating the Impact of Leftovers

I can't say I have statistical proof for this, but just going by common sense: The restaurants in Delhi, both big and small, generate tonnes of leftover food every day. While some of it is all bones and peels, the rest include good food and a lot of it comes from the customer's table rather than the restaurant's kitchen.

The Emerson Food and Wastage report pegs India's food wastage at Rs.44,000 crores. While some of it is due to lack of storage facilities, a lot of it comes from restaurants. So if you were to take all of this food and distribute it amongst the hungry, if not poor, then I believe you'll be giving them at least one square meal a day.

(Millions Around the World Remain Hungry)

We spoke to over 30 restaurants in Delhi and asked generally about what they do with their leftover food and you'll be surprised to know that over half of them throw it away.

Dum Pukht, the popular Indian restaurant at Maurya said they give away their leftover food to the AWB Food Bank at the end of the day. Varq, at the Taj Mahal Hotel said they  give the leftover food to the NGO named Aap ki Rasoi. Zerzura said they tend to avoid any wastage of food as their place is not very big and even if there are leftovers, they give it to their employees. Mia Bella said they have a sort of per plate system so each portion is meant for one person which is why they usually don't have too much leftover food.

Kainoosh said they marinate/prep food in limited quantities so they usually don't have too much leftover food either. In case they do, the staff usually takes it home. Lodi, the Garden Restaurant said that they usually throw away the remaining food because they don't have much of it. But they are trying to find an NGO to help them re-distribute it instead.

Zaffran said they don't have too much leftover food either, the customers doggy bag it usually.  Amici Café said they throw away the leftovers and don't have any kind of tie ups with an NGO. TGI Friday does not distribute leftover food but more from a safety point of view. Fresco, Asia 7, Zambar and Punjab Grill distribute the leftover vegetarian food from their daily buffet to an NGO named Jai Jan.

Moving Towards a Clean Plate

Restaurants are only one of the three pillars that can create a system that minimises food wastage. Customers and NGO's are the remaining two. A study conducted by the Worldwide Responsible Accredited Production (WRAP) found that leaving food is more complex with a mix of habits, values and social norms all at play.

(What to do With Leftover Indian Food?)

Some people eat just for the experience, some people value food less than the others, some people don't want to seem to greedy at the dinner table so they end up leaving their food. In fact, 42% of their respondents said that asking for a container to take home leftovers felt embarrassing.

So like they say 'change starts at home'. As customers, we should firstly be more mindful of how much we order. Secondly, we should doggy bag whatever is left and give it to those in need because the restaurant might probably just throw it in the trash.

(Restaurant Fines You for Wasting Food)

Coming to the third pillar, NGOs. In the last few years, a number of NGOs have cropped up across the city of Delhi. One of them is Jai Jan which was started by a 17-year-old Bani Kohli (at the time) and now has a strength of almost 30 employees. Another popular NGO is The Robin Hood Army which gathers leftover food from restaurants and weddings in India and redistributes it among the hungry.

(A Small Step Can Make a Huge Difference)

As you can see: there are enough helping hands, and more than a few mouths that need to be fed. And once they join hands with more mindful customers and responsible restaurants, I think we'll have a pretty great machinery that'll be able to kick food wastage to the curb in no time.