Ayurveda For Stamina: 5 Herbs You Must Take To Increase Energy Levels

An unhealthy diet and inactive lifestyle can also hamper the ability to sustain. With the intake of the right foods and herbs you can increase your ability to sustain your dipping energy levels and prolong your physical or mental effort. 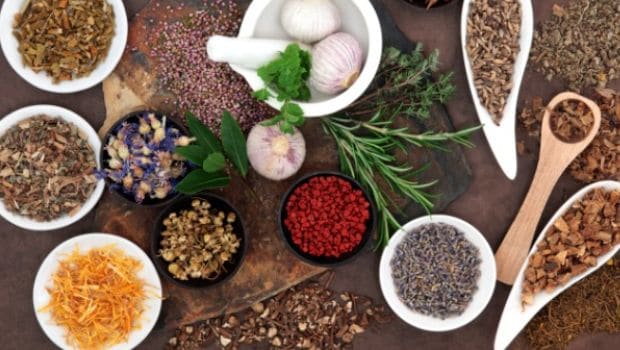 In our fast paced urban lifestyle, where professional and social commitments weigh heavy over quiet time for oneself, it is natural to feel drained and energy less. An unhealthy diet and inactive lifestyle can also hamper the ability to sustain stamina. Stamina is essential not only for to boost physical strength but also to cope up with illnesses and emotional stress. If you are facing trouble in having enough strength and energy to endure an activity for an extended period, worry not! With the intake of the right foods and herbs you can increase your ability to sustain your dipping energy levels and prolong your physical or mental effort. Dr. Ashutosh Gautam, Ayurvedic Expert and Clinical Operations and Coordination Manager at Baidyanath, suggests the following herbs that can help restore your stamina naturally.

The Sanskrit term ‘Ashwagandha’ translates into ‘smell of a horse’. Traditionally, it is believed that a person who consumes this herbal medicine will gain horse-like strength and vitality. The extract is typically taken from the berries or roots of the plant. It is also referred to as Withania Somnifera (Latin name), Indian Ginseng or Winter Cherry. In Ayurveda, Ashwagandha is referred to as balya which means giving strength. It is known to improve energy, increase stamina and endurance. Dr Ashutosh Gautam, says,“Ashwagandha can be taken in the form of powder or tablet. Ashwagandha enables the body to reserve and sustain vital energy throughout the day while promoting sound, peaceful sleep at night."

Ashwagandha is known to improve energy, increase stamina and endurance.

Brahmi is excellent for improving your brain functions and strengthening your memory. Brahmi has cooling properties which keeps the mind calm and free of anxiety. It also promotes sound sleep. Brahmi contains antioxidants that help flush out harmful toxins from the body and nourish the cells, thereby reducing chronic fatigue and lethargy. Also, its impact in decreasing the levels of cortisol, which is known as the stress hormone, further promotes active thinking and rejuvenates you from within.

Brahmi has cooling properties which keeps the mind calm and free of anxiety.

Promoted
Listen to the latest songs, only on JioSaavn.com
Shilajit has been traditionally used to increase male sexual endurance, but ancient physicians have also used it for promoting vigor and overall stamina. The herb also helps to cope with physical and mental stress. You can have it in its powdered form with a glass of water to improve your stamina and energy levels.

CommentsAccording to Dr. Ashutosh Gautam, Safed Musli can help revive energy, boost endurance and also strengthen the immunity system. The secret to the many health benefits of safed Musli lies in the saponins present in its roots. Saponins are a class of chemical compounds found in various plant species. Saponins promote overall health and well-being.

Load up on these herbs to make sure you are never out of energy and give the task at hand all it takes both physically and mentally.