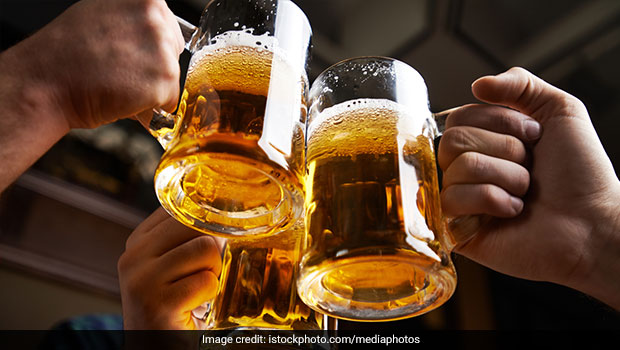 Beer can bind people together

Alcoholic beverages have long been served at social gatherings to raise the spirits of people and let them partake in the revelry with gusto. The intoxicating nature of alcoholic drinks like beer lightens up the mood and brings in a sense of happiness. And it may be a major reason to keep together a whole empire in the ancient times. A team of archaeologists recently tried to unfurl the role played by a specific beer brewing technique in keeping the Wari Empire afloat. The empire that existed a thousand years ago, stretched across Peru, covering a sizeable area almost the size of the Eastern seaboard of the US from New York City to Jacksonville. The empire is known to have astonishingly survived for 500 years, from 600 to 1100 AD.

(Also Read: 10 Types Of Beer Everyone Needs To Know)

During the course of the study, the team found out that a steady supply of beer could have been an important factor behind the long life of the empire. Ryan Williams, lead author of the study published in the Journal of Sustainability said, "This study helps us understand how beer fed the creation of complex political organizations. We were able to apply new technologies to capture information about how ancient beer was produced and what it meant to societies in the past."

An ancient Wari brewery in Cerro Baul in the mountains of southern Peru was discovered by a team of archaeologists around twenty years ago. It brewed a special sweet and sour beer called 'Chicha', which would not be sent to other areas. People of the Wari society had to go and attend the festivals held at Cerro Baul to drink it. Close to two hundred local political elites would attend and they would drink chicha from three-foot-tall ceramic vessels, which looked like Wari gods and leaders.

"People would have come into this site, in these festive moments, in order to recreate and reaffirm their affiliation with these Wari lords and maybe bring tribute and pledge loyalty to the Wari state," Williams stated.

(Also Read: Does Beer Really Give You A Beer Belly?)

Williams further added, "The cool thing about this study is that we're getting down to the atomic level. We're counting atoms in the pores of the ceramics or trying to reconstruct and count the masses of molecules that were in the original drink from a thousand years ago that got embedded into the empty spaces between grains of clay in the ceramic vessels, and that's what's telling us the new information about what the beer was made of and where the ceramic vessels were produced."

The team is trying to recreate the complex technique of making the chicha beer in the hope of binding our several communities as strongly as the War Empire.

(With Inputs From ANI)