10 Things You Didn't Know About Beer 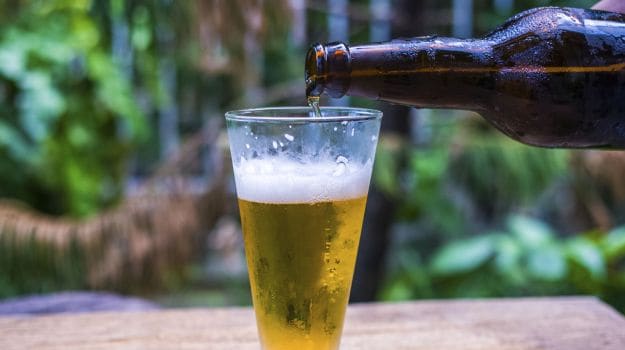 Here are 10 things you need to know about beer.


For all the beer brats, read on to discover some chilling, bubbly facts that will quench your thirst.

1) Would you believe that apart from being the most widely consumed alcohol, beer also bags the position of the third most popular drink, after water and tea?

2) Beer enthusiasts often would describe its flavor as 'hoppy' but what does that mean? Beer gets its flavor from the flowers of the hop vine also known as hops. Not only do they impart a floral bitter and citrus flavor but also prevent the beer from becoming rancid.

3) There are about 400 types of beer! Ale is the oldest type of beer and Lagers are the most commonly consumed beers around the world.

4) The discovery of the brewing process of beer has been traced back to the 6000 BC in Babylonia. Surprisingly all the brewers back then are known to have been women! Brewing beer was considered a noble task for women. Only women from elite backgrounds had the privilege to brew beer. Brewster is the term used for a women who brews beer. To top all the curiosity, there was a written law that prohibited men from selling or making beer! Talk about equality?

5) In days bygone, beer has been an important part of the Egyptian diet and was made from barley bread. It also had great religious value. It is known to have been used to cure illnesses and make offerings to god.

6) It was in 1850 that the first beer bottle was sold. Before that beer was sold at special places called taverns where people would come with their buckets and fill them up for the evening. Ah! good old days.

7)  As opposed to a chilled mug of beer that you would demand for, they say that a slightly warmer temperature enhances the subtle flavors of beer (especially in case of British brews).

Promoted
Listen to the latest songs, only on JioSaavn.com
8) Beer is made of mostly water. The beer flavor juggles between different regions with different mineral content in their water.

9) Beers should always be stored happily upright. This minimizes oxidation and contamination from the cap.

Comments10) The oldest brewery has been functioning for more than 1000 years now! Weihenstephan Abbey in Germany is the world's oldest operating brewery that flagged off centuries ago in 1050.