Coconut Vinegar: Benefits, Uses And Step-By-Step Guide To Make It At Home 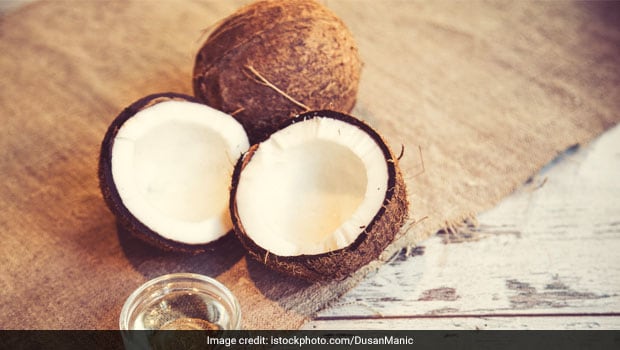 Coconut has gained popularity around the world as a 'superfood.' The oil from coconut has been particularly hailed for its treasure trove of healthy fats. Southeast Asians have been enamoured with coconut and all coconut products for a long time now. Now, that the western world is also catching up with the fibrous fruit's wonders, coconut and coconut products are much in demand. Even as coconut oil has become a popular healthy cooking oil choice for health freaks, coconut milk is also being used as a non-dairy milk alternative in a number of dishes. However, there's one coconut product that is yet to gain its rightful place in the spotlight - coconut vinegar.

Coconut vinegar is used in a number of dishes of Goan cuisine as a souring agent and a flavour -enhancer. It's also used in preparing the desi Goan alcoholic drink - coconut feni. It is milder in taste than the more popular apple cider vinegar and has a cloudy, white appearance. Coconut vinegar is used for preparing traditional Goan delicacies like vindaloo and sorpotel. It can also be prepared at home and can be used in a number of ways. But before we go into the process of preparing the vinegar, let's take a look at some of the benefits of coconut vinegar.

Coconut vinegar maybe a good addition to a weight loss diet as it may curb hunger pangs and promote satiety. This benefit of coconut vinegar is also credited to the presence of acetic acid in it.

The fermentation process that the coconut water undergoes makes the finished product rich in probiotics, which promote gut health and also boost immunity.

Also Read: How To Eat Coconut Oil: 4 Yummy Ways To Add It To Your Diet, Benefits And Recipes

Coconut vinegar is said to be rich in potassium, which is a mineral that is key to regulating blood pressure and promoting heart health. It may also reduce levels of triglycerides in the blood.

How To Make Coconut Vinegar At Home:

1. Take some coconut water and filter it into a pan.

2. Heat the water and add the sugar to it. Stir the mixture until all the sugar is dissolved.

3. Allow the mixture to cool and once it's completely cool, pour it into a glass container. Cover the container lightly and keep it in a dark place for about a week.

Also Read: Coconut Flour: The Gluten-Free Protein Rich Flour That Can Be Made At Home

5. After adding the mother vinegar, allow the mixture to sit for four to twelve weeks, during which time it will turn into vinegar.

Coconut vinegar has multiple culinary uses, which are similar to other vinegars. If you are prone to frequent gastric distress or acidity, you should not consume vinegar as it is highly acidic. Otherwise, may consume it after diluting it with water. Consult your doctor before adding this to your diet.