Filter Coffee: Is the Traditional Hot Brew Losing its Popularity in South India? 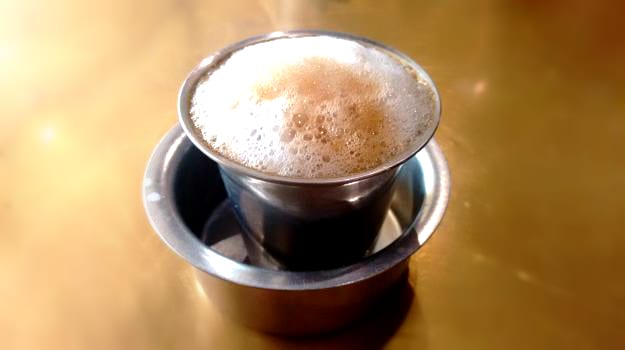 I cannot imagine making my annual visit to Chennai and not downing a cup of filter coffee. It feels like something that has been long entrenched in the South Indian psyche, an unmissable part of the daily routine at my family's house.

But it is the British we have to thank for the spread of coffee everywhere in South India. It all began in the early 1800s, with a canny British manager of Parry & Co (a trading company in Madras), a Mr. J H Holly, who believed that the hills of Mysore had tremendous coffee-growing potential. He persuaded the Wodeyar Maharaja of the time to give away some of his land, in return for a share in the profits.

Slowly, it grew from there across most of South India, where the hilly regions were judged to have the perfect climatic conditions for growing the crop. Quite a lot of the coffee was exported to Europe while a smattering was sold to the elite in India. Soon, the 'lower classes', in an attempt to emulate the social mores of the upper classes and ascend the social ladder, began to consume morning coffee. Tea was never seen as de rigeueur somehow.

Well, things changed during World War II, when trade routes were disrupted. It was then that the Coffee Board was born and this was also when filter coffee came into being. Chicory began to be added into the coffee brew, lending the filter coffee more body, a tinge of bitterness and its strong, unmistakeable aroma.

According to Sandeep Srinivasa who writes in CaLDRON magazine (October 2015), "Chicory was widely used during economic crises such as the Great Depression in the 1930s and during World War II in Continental Europe. So very possibly, we received a chicory blended filter coffee culture from the British, likely through Indian soldiers during the world wars. Camp Coffee is a Scottish food product, which began production in 1876 and is a brown liquid which consists of water, sugar, 4% caffeine-free coffee essence, and 26% chicory essence. Some of the Indian soldiers started military hotels and messes after coming back to Madras. Whether all this is directly connected to the South Indian filter coffee is not clear but it definitely adds more interest around the circumstances that led to its growth and rapid proliferation."

At least in Chennai, most people use a traditional coffee filter, a simple but effective device. One afternoon, I hung out at my mum's friend's house and watched her use it. The stainless steel percolator is divided into almost two equal halves. The bottom of the top half is pierced with tiny holes, onto which the coffee grounds are pressed, after which boiling water is added. The lid is clapped on immediately and held in place. The decoction that drips down into the bottom container is dark, aromatic and strong.

Sometimes, my mum's friend pours a second round of boiling water; the decoction from this is much milder, and the subsequent coffee is given to her grandchildren when they visit.

Finally, she adds sugar and hot milk into the dabara (a sort of large katori) vessel and in great swilling arcs, transfers the steaming coffee from the dabara to the coffee tumbler and back again, until the coffee is crowned with a layer of foam. And although everyone in her family drinks the filter coffee directly from the tumbler, she told me that her mother and father never touched their mouths to the tumbler as per the social mores of their time. It was considered unclean.

Tamil Nadu is also known for its Kumbakonam Degree Coffee, you see the advertisements plastered everywhere. The coffee comes with a plethora of quirky explanations for its name, but the most plausible one seems to be this: coffee makers in Kumbakonam used to get extremely fresh milk almost directly from the cow. To test the purity of each batch of milk, a lactometer was used. Each lactometer came with a mark called M. Any adulteration in the milk would cause the reading to go awry, sending the reading up. It is unlikely though that the purity of the milk is quite as assiduously sought today, since most people prefer the convenience of packet milk.

Most filter coffee today is grown in the Yercaud and Nilgiri Hills in Tamil Nadu and is still very popular, in spite of the onslaught of fancy cafes such as Starbucks and Cafe Coffee Day. I spoke to family and friends in Chennai about the insidious surge of these cafes, and wondered whether they had eaten into the traditional filter coffee sales. Something rather interesting emerged: the older generation all bemoaned the reduction in sales of filter kaapi shops, whereas everyone my age flatly denied it. Several of my friends told me that they still stop almost every morning for a cup of filter coffee at their local darshinis or eateries. But stopping at a coffee shop was seen almost as an event, a social interaction that one enjoys with friends in the evening, as opposed to the filter coffee which is seen as a morning necessity.

Plus, filter coffee was almost certainly made at home every day, while instant coffees were reserved for unexpected (or perhaps) unwanted guests.

Another distinction must be made here - the filter coffee is always enjoyed at its most steaming hot, whereas when people go to branded cafes, it is the iced coffees that are more popular. And certainly, this is an urban conundrum.

There is no doubt that the newer coffee shops are eating into the traditional coffee market, but luckily it is not too large a bite. In any case, the filter coffee makers are not taking things lying down; they've introduced filter coffee ready decoctions (sacrilege to some, saviour to others), that don't taste half bad.