Sankranti refers to the passage of the sun from one Zodiac sign to another. On Jan. 15, this transition happens from Capricorn to Aquarius, called Makara on the Hindu calendar. 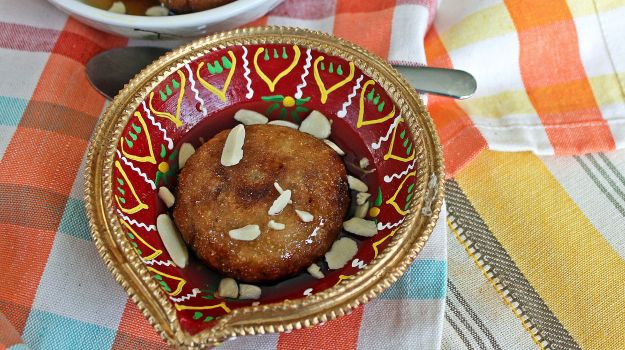 Pithey, a sweet dumpling made with ingredients symbolic of the rural bounty -- rice, coconuts and date palm jaggery -- is part of the celebration of the beginning of the harvest season known as Makara Sankranti in India. Credit: Copyright 2015 Rinku Bhattacharya

Celebrations, festivals and food are prolific on the Indian calendar. With life's hustle and bustle, I tend to weed out those that are difficult to fit in or lose their symbolism in our transported life in the United States. Sankranti -- marking the launch of India's harvest season -- usually is one of them. But a coconut changed my mind this year.

Sankranti refers to the passage of the sun from one Zodiac sign to another. On Jan. 15, this transition happens from Capricorn to Aquarius, called Makara on the Hindu calendar. Makara Sankranti marks the beginning of the "auspicious" period for Hindus when non-devotional activities -- such as festivals and weddings -- can be held after a month-long "inauspicious" period dedicated to devotional activities alone.

It's also the beginning of longer days. I believe that a modicum of practicality is rooted in many such traditions and longer days -- especially in times when there was no electricity -- made for more enjoyable festivals.

Practicality also put an end to my irreverence toward Sankranti this year.

How cracking a coconut changed my attitude

In my house, I had a fresh coconut that I had forgotten about, just in time for the January festival. I broke open the coconut, an action that is believed to bring good luck. As I looked at the pristine white meat that rested on my shelf in all its glory, I realized the fortune it brought me: an opportunity to celebrate Sankranti as it is traditionally done in my native Bengal. With pithey: warm, gooey rice and coconut dumplings.

In Bengal, the colloquial name for the Sankranti festival is pithey parbon, or the festival of the pithey. Pithey is a sweet dumpling that is either steamed or fried and typically made with rustic ingredients symbolic of the rural bounty: rice, coconuts and date palm jaggery -- an unrefined brown sugar made from date palm sap.

The process of extracting date palm jaggery is similar to tapping maple syrup, and I often use maple syrup instead. It is not as deeply flavored, but closer than other sweeteners that I have easy access to. The ingredients, despite their simplicity, result in delightful delicacies that are time-consuming but well worth the effort.

Depending on the chef's enthusiasm and energy, an assortment of these are made for friends and family.

I have fond memories of my grandmother and her sister making these for the family, as I often interrupted their progress by sneaking in and stealing handfuls of sweet, freshly grated coconut or moist and sweet golden jaggery that left my hands sticky and warm.

The first batch of pithey is usually placed in a container and floated into the river or offered at a temple in an attempt to appease the harvest gods.

In rural Bengal, the farm community begins the day with an homage to the barn and dhenki, or rice storage urn. The women throw a handful of rice over their heads as an offering to the gods, and the urn is welcomed as a symbol of prosperity and hope for a good harvest.

Living with the vagaries or nature, most predominantly the monsoon, this community is respectful about the importance of a good and successful harvest. There are a number of other rituals, such as tying the barn doors with hay and decorating the house. All are practiced in hope of a good harvest.

For the Makara Sankranti festival, some Indian families decorate their homes to celebrate the harvest, like this woman drawing Alpona, a traditional Bengali rice paste decoration. Credit: Rinku Bhattacharya

When I cracked open the coconut this year in my home, the thought of the warm, sweet dumplings it could bring me held the promise of all things good on that frigid day.

It is easy to find frozen grated coconut in the aisles of our local ethnic supermarket. However, if you are looking for something comforting on a chilly winter day, consider picking up a whole coconut and grating it yourself to use in my recipe for Gokul Pithey, adapted from "The Bengali Five Spice Chronicles."

Oil for frying, such as grape seed or canola oil

1. In a small saucepan, bring the syrup, water and cardamoms to a simmer for 10 minutes until a thick syrup is formed.

2. While the syrup is cooking, in a separate pan heat the coconut, jaggery, and cardamom powder on low heat, stirring constantly, for about 15 minutes, until a fragrant sticky mixture is formed.

3. Add the ghee and lightly fry the mixture until it turns pale golden. Remove from heat and allow it to cool.

4. Shape into walnut-size balls and flatten them slightly.

5. In a mixing bowl, beat the flours and milk into a thick batter, adding a little water if needed. (The batter should be thick enough to adhere to the coconut balls.)

6. Heat some oil in a wok on medium heat. Dip a coconut ball in the batter and place into the oil, cooking a few at a time.

7. Cook on medium low heat until a golden, crisp coating is formed, turning once.

8. Remove carefully with a slotted spoon and dip into the syrup. Let the balls rest in the syrup for about 2 minutes, then remove and serve hot.