Healthy Diet: Whip Up Bengali-Style Saag With Spinach (Palak) For A Wholesome Meal

This dish is basically a mixture of spinach, veggies, sun-dried dumplings (vadi) and spices that makes for a nutritious meal in every Bengali household. 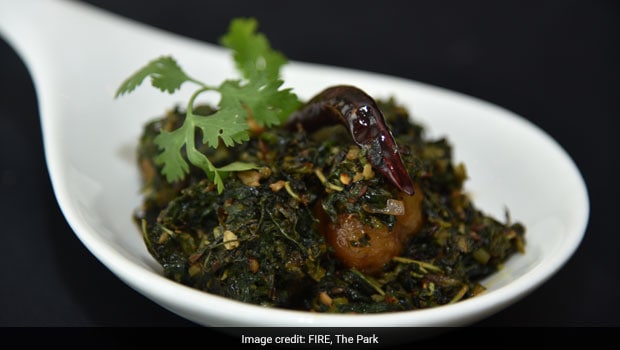 If you think Bengali cuisine is all about 'macher jhol' and 'bhaat', then trust us, it has much more to offer! It is one diversified food culture and has influences of multiple cooking styles. In fact, traditional Bengali cuisine is a melange of the culinary techniques of East Bengal (now Bangladesh) and West Bengal. Alongside fish, you will find usage of several vegetables, pulses and local spices in this cuisine, striking a balance between health and taste on your plate. One such popular recipe is 'palong shaak ghonto'. Palong shaak in Bengali stands for spinach (or palak) and ghonto is referred to as mish-mash or mixture.

This dish is basically a mixture of spinach, veggies, sun-dried dumplings (vadi) and spices that makes for a nutritious meal in every Bengali household. It can be considered quite similar to the North Indian saag, in terms of texture. You may also make a non-veg version of this dish by adding prawns or fish (fish head) to it. The best part about this saagis, there's room for experimentation. The veggies added to this palak recipe get changed with season. However, two constant vegetables in this saag recipe remain potato and brinjal.

This Bengali-style saag can be enjoyed both with rice and roti. So, prepare it at home today and give your meal a healthy-spin.

Also Read: 2-Minute Recipe: Healthy Palak Recipe With A Mild Seasoning For An Easy Breakfast On The Go

Salt and sugar, for taste

Step 1. Fry the vadi with some oil, in a kadhai, till golden brown in colour. Transfer it to a bowl and keep aside.

Step 2. Pour rest of the oil to the kadhai, add red chilli, nigella seeds and temper.

Step 3. Add the vegetables (except spinach) to the pan and fry well, with salt and turmeric.

Step 4. Add the spinach, mix everything together and close the lid. Let the sabzi cook on a medium flame.

Step 5. Once the vegetables turn soft and mushy, add sugar and some more salt as per your taste and cook on a high flame to get a semi-dry to dry consistency.

Step 6. Finally, coarsely crush the fried vadi and spread on the sabzi. Give everything a good mix and serve.