Spinach Recipes: Try These South Indian Recipes That Include The Goodness Of Spinach

Most Indian cuisines have their share of healthy spinach dishes that add all the goodness that spinach brings to your diet - from multiple vitamins and iron. 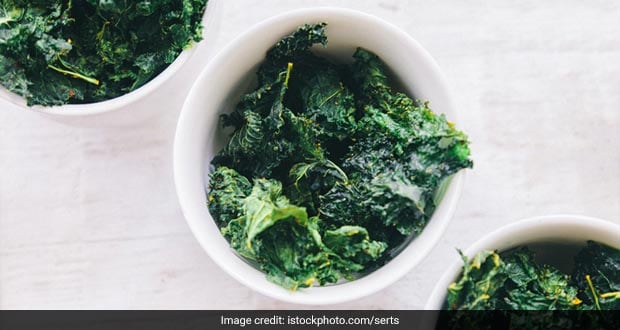 Crackling Spinach; that's one of the quintessential starters in Chinese (or Indian Chinese) restaurants across India. It's that rare spinach dish that kids and adults enjoy with equal fervour. Yes, spinach is usually a bad word for most people on the dining table. Whether you're a pesky kid or an adult, we all need that extra goading to eat our greens. But spinach coated in maida and fried doesn't qualify as a healthy option.

Most Indian cuisines have their share of healthy spinach dishes that add all the goodness that spinach brings to your diet - from multiple vitamins and iron. It's the same in south India where spinach is an integral part of daily meals across homes.

We round up 3 dishes from Karnataka, Telangana and Tamil Nadu that are also very flavourful:

Spinach in a deep-fried snack? It might not be the most healthy way to eat spinach but vadas with spinach are quite the thing across south India. Soppu vade in Karnataka and Keerai vadai in Tamil Nadu; these versions are essentially the masala vadais (that's made with channa dal) with the goodness and flavour of spinach. The masala and spinach vadas are equally delicious at room temperature. In terms of sheer flavour, my favourite version is the soppu vade in Karnataka that is crafted with dill leaves.

As a child I was more partial to Delhi spinach (conventional palak or pamala keerai in Tamil or basale soppu in Kannada) in dishes like palak paneer. But this wasn't available year around. Mulai keerai (Amarantus Blitum) is the more commonly available spinach variety in Chennai and most of Tamil Nadu. This varietal is high in vitamin, iron and calcium. There's also a red version of this that has recently been christened 'Disco Keerai'. Mulai keerai is not my favourite spinach variety unless it's cooked with yogurt. The yogurt adds a nice tangy flavour to this otherwise bland steamed spinach dish. This is my mother's time-tested recipe:

This is one of my favourite palak (Palakura in Telugu) dishes in south India that combines the goodness of spinach and dal. It's cooked in homes across Telangana and Andhra. I tried this first at my friend Mythili Reddy's house in Hyderabad. This is her family recipe from Telangana that's simple and yet packed with flavours:

You can try these recipes at home. The soppu vada with dill leaves is a great anytime snack especially with a tumbler of filter coffee on the side. The more keerai (yogurt spinach) is a tangy, non-spicy accompaniment with rice and sambar or a spicy Kuzhambu (gravy). While the spinach pappu can be mixed with rice and a small dollop of ghee.