How To Beat Hangover: 5 Foods And Drinks That Can Worsen Your Hangover!

Eating right is the key to curing a hangover, no matter how deadly it is. Here are some foods and drinks you must avoid when you're hungover! 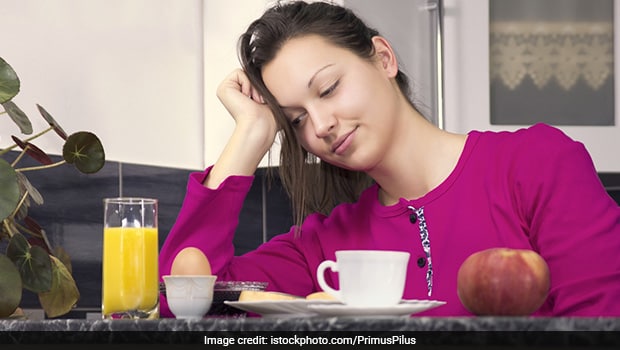 Highlights
Almost all of us have experienced that hellish feeling when you wake up after a night of hardcore drinking and your head is ready to split open. Hangovers are the bane of humankind and there's no escaping them. There's been so much that's been said about drinking responsibly and keeping lemons and enough water handy during this time. But once in a while you don't want any of it and just drink your blues away. In such a situation, the morning after is full of regrets and worthless vows of giving up alcohol altogether.

Hangover is typically recognized by symptoms like headaches, nausea, sensitivity to light and aching muscles. You feel tired and want to sleep the day away and that's mainly because alcohol dehydrates you. What you eat in the morning can save you a ton of trouble and time, or can give you a bad stomach and make you feel even more tired. Although much has been said about what you should eat to cure a hangover, there are some foods and drinks that can even make a hangover worse. Also Read: 7 Best Hangover Foods for the Morning After)

Here are 5 foods and drinks you should avoid when you're hungover and throwing up:

Greasy and fried foods might sound like a good idea when you're tired and drained, but it's certainly not advisable. Fried foods can irritate the stomach and add to your troubles.

Chowing down on a meaty burger and fries is completely fine before your drinking party starts. However, eating them in the morning isn't a very good idea, unless you want gassy and bloaty stomach.

Some people believe that drinking more alcohol is a hangover cure. However, it's the worst piece of advice ever given. More alcohol in the morning will just de-hydrate you further, making your hangover worse.

A cup of black coffee is often suggested as a cure for hangovers. However, drinking multiple cups might just end up making you feel worse. The energy crash that comes when the caffeine is burned out of your system is likely to make you lousy. Also Read: Does Coffee Really Give You Energy?

Orange juice might sound like a rejuvenating post-drinking hangover cure, but it's not. Although the natural sugar and fluids in it are good for you, the acidic nature of oranges can irritate your stomach.

Bananas, tomato juice and green tea are some of the best known hangover cures. These drinks replenish your body and brain and can make you feel better.