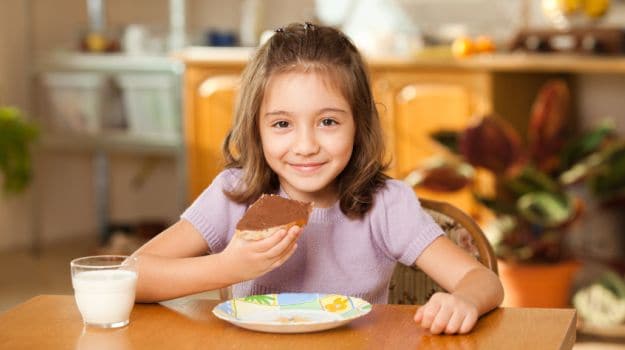 "This gives us a safe, inexpensive intervention that could be translated into a real-world programme for overweight kids," said Vernon A Barnes from Medical College of Georgia at Augusta University in the US.

"If you can make a practice of keeping the awareness with you at every meal, this could benefit you throughout your life," said Barnes.

Some of the simplest, safest lessons to help adolescents combat obesity may be raising their awareness of what they are eating and whether they are even hungry, researchers said. In this first study looking at the impact of mindfulness approaches on the diet, exercise and eating behaviour of adolescents, ninth-graders from six high school health physical education classes were randomly assigned to the control group, which just continued health classes or 12-week sessions of mindfulness intervention.

Intervention starts with easier techniques such as breathing awareness meditation, where students focus on the movement of their diaphragm as a way to learn to pay more attention to their bodies, researchers said.

The dozen sessions also included researchers using chocolate to increase awareness of taste and taste satiety, explaining how emotions can trigger overeating as well as the benefit of mindful movement, including using pedometres and walking meditation.

The majority of the adolescents were overweight; most had bad eating habits and most were black. About 20 per cent of intervention participants reported they were not conscious of the fact that they were eating too fast or that they were uncomfortable afterwards, researchers said.

Nearly 60 per cent reported a binge-eating problem, which, unfortunately, mindfulness-based eating awareness did not reduce, they said. Progress, including what they ate, how often they exercised and whether they continued to binge, was assessed at the end of the 12-week session and again three months later, said Barnes.

Adolescents in the intervention arm ate better and exercised more. Moderate physical activity for participants increased 1.4 days per week compared with controls who actually decreased their activity over the study period by about half a day per week, researchers said.

Promoted
Listen to the latest songs, only on JioSaavn.com
Over six months, intervention participants went from 2.9 to 3.6 to 4.3 days of activity each week vigorous enough to make them breathe hard and/or sweat. Controls dropped from nearly three days to about two days of vigorous activity per week, they said.

The findings were published in the International Journal of Complementary & Alternative Medicine.