Molecular Cuisine Exits to Make Way for Indian Cuisine in 2017

Traditional Indian cuisine is all set to stage a return in 2017, replacing the molecular gastronomy fad, that ruled Indian platters for nearly half a decade. 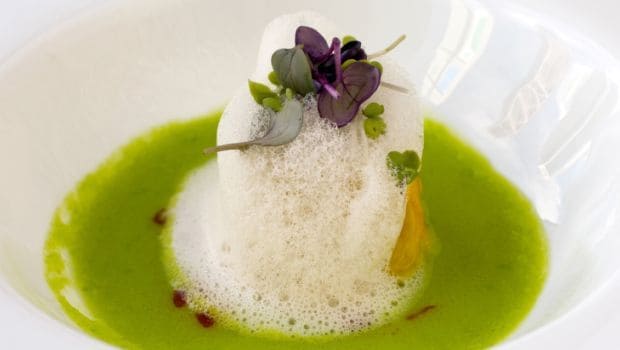 Highlights
Molecular gastronomy is a sub discipline of food science that seeks to investigate the physical and chemical transformations of ingredients. Molecular cuisine is a modern style of cooking, and takes advantage of many technical innovations from the scientific disciplines.

It utilizes the principles of chemistry, physics and biology to develop delicious food that can be presented in new and interesting ways.

Traditional Indian cuisine is all set to stage a return in 2017, replacing the molecular gastronomy fad, that ruled Indian platters for nearly half a decade.

While the food industry never ceased to make use of technology to improvise, chefs feel that it is the rapidly growing number of health-conscious consumers that has resulted in a visible decrease in the number of takers for molecular cuisine that uses chemical transformation of ingredients to create the necessary visual effects.

Chef Akshay Nayyar of 'Tourist' that recently opened here, feels the recent culinary trends show a shift back to a dining culture where the taste of food is supreme.

"Molecular gastronomy came with a big bang in the last 5 years but is now fading out as people these days are moving back to dining concepts where food and its taste is primafacie.

"The epicentre of dining today for guests is its ultimate taste for which they could crave and return back. Simple white and black plate with natural garnishing, has taken the main stage today," Nayyar told PTI.

He says molecular gastronomy was like a temporary movement that caught up only to predictably wane away, unlike the quintessential Indian food that has survived the test of time.

"Molecular Chaat is a one-time experience but now people prefer eating authentic chaat to get that real flavour. Likewise, spheres filled with various liquids ranging from Mojitos to Lassi could not excite diners to an extent that they forget their usual drinks," Nayyar says.

Promoted
Listen to the latest songs, only on JioSaavn.com
With a diverse experience of over three decades in the industry, Sanjay Chowdhary of World Art Dining, notes that the fruit and vegetable caviars that used calcium bath in molecular preparation can be made healthier with the organic process using extra virgin olive oil.

"Same goes with making fruit spaghettis. Through the dropper, we use same olive oil bath. And then to make the froths with cream chargers using nitrogen cylinder, we use regular cream whisks and a bit of natural jello and get the same results, minus the chemical treatment," Chowdhary explains.

CommentsTo fill in the gap, dishes offering authentic flavours from different regions of the country are likely to come back in both traditional and innovated forms.